Adda52.com Ranked among Top 20 Product Companies of the Year 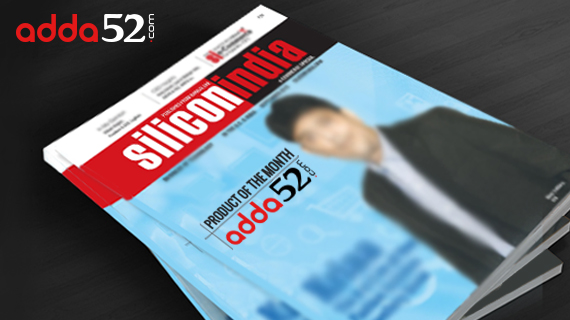 Adda52.com, India’s largest poker site, has been ranked among the Top 20 product companies in India by Silicon India magazine. The leading poker brand has been featured as the “Product of the Month” in the September Edition of the magazine. Adda52.com has received this accolade for its world-class poker software, unrivaled game selection, biggest online poker tournaments, financially secure transactions, and an excellent customer service.

Since its inception in 2012, the poker company has left no stone unturned to provide an international standard gaming experience to its registered users. As a fast-growing company, attracting and retaining poker players has always been critical for Adda52.com, but still the poker site has made continuous advancements to make sure its customers are well supported, nurtured and rewarded. The key characteristics that distinguished Adda52.com as the top product site in India are 24×7 online gaming, user-friendly software, financially secure transactions and diverse workforce.

The company’s recent switch from flex-based UI to HTML5 based UI has enabled players to experience smoother game-play and reduced network issues. What’s More? This month Adda52.com launched the first-ever biggest guaranteed tournament namely Adda52 Millions where it promised to pay Rs. 10 Lacs in prize pool. The finale event of Adda52 Millions, that held on September 27, was a huge success as it saw participation of 130 players which raised the prize pool to Rs 11.70 Lacs. And the winner who ‘hit it big’ in this big tournament is “meetshah_555” who took home Rs 333,450 as prize money.

After Adda52 Millions – the most talked about online tournament of the year, Adda52.com launched it’s new ‘state-of-the-art’ poker app for the poker enthusiasts in India. The Adda52 Poker App is set to provide pleasure of ‘playing poker on the go’ to only Android cellphone users.

Today, Adda52.com is the market leader with more than 6 Lacs registered members countrywide, over 1 million hands dealt and over thousands of tournaments concluded than any other online poker site in India. The website has always been at the forefront of innovation creating the biggest and richest online poker tournaments. Adda52.com has become the first choice of players all over the country, with more daily tournaments and with the best security online.