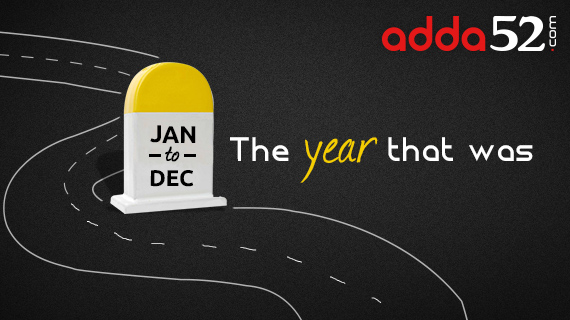 Launched in January 2012, Adda52.com has always aimed to serve Indian online gamers a gaming experience of international standards with Indian flavour. Since its inception, Adda52.com has sustained a tough and competitive journey and 2015 has been a year of key break thorough in its journey to success. In January 2015, India’s prominent poker site had a player base of 5 lac+ registered users – almost double the number of users it had in January 2014. Furthermore, the site added an exciting new variant of Omaha poker to its gaming platform – Omaha Hi/Lo; and step forward with unheard of promotion ‘Fly to Vegas’ tournament wherein players got a chance to play the Main Event of World’s Prestigious Poker Tournament.

In February 2015, Adda52.com launched India’s first ever Poker Pro Team– ‘Adda52 Team Spades’ featuring Amit Jain, Aditya Sushant, Muskan Sethi and Kunal Patni. Soon after in April 2015, the poker site unveiled its new corporate identity by transforming their logo, and expanded its player’s base over 6,00,000+ registered users in May 2015.

In July 2015, Adda52.com introduced an exclusive version of poker, namely, Sprint Poker wherein online poker players have an opportunity to play against a cloud of players. Adda52.com also rolled out its first live poker room “Adda52 LIVE” at Rockets Poker Room in Bangalore on July 31, 2015, and now Rockets Poker Room is the home to the biggest live poker tournaments in the country. Just a couple of months down the line started the series of fast-forward success and milestones achievement. In September 2015, Adda52.com launched its poker app for players to access their favorite games from their hand-held devices anytime anywhere. In conjunction with this, the site migrated its poker game lobby from Flex-based User Interface to HTML5-based User Interface to offer a superior UI to its registered players. Later, on September 27, 2015, the online poker portal launched ‘Adda52 Millions’, the biggest-ever online poker tournament with a guaranteed prize pool of Rs. 10 Lacs. Moreover, Adda52.com was ranked among the Top 20 product companies in India by Silicon India magazine, and featured as the “Product of the Month” in the September Edition of the magazine.

With the start of festive season in October, the poker site introduced Bounty Tournaments in its inventory of poker games. Adda52.com hosted the first bounty tournament, namely, Team Spades Bounty Event on the occasion of Dussehra. Also known as Knock-out Tournaments, Bounty tournaments reward player/s for knocking-out some pre-determined player or players.

Subsequently, the month of November 2015 saw a chain of milestones achieved by Adda52.com. Highlighting the continuing growth of live poker around the country, the online poker company signed Madan Kumar, Bangalore based poker player, as the first-ever Adda52 Pro Live in November 2015. Flying high on the success of the ‘state-of-the-art’ tourneys – Poker Millionaire Tour, India Online Poker Tour and Adda52 Millions, Adda52.com launched the first-ever “Depositors Freeroll Tournament” with 5 Lacs in prize money up for grabs on November 15, 2015.After successfully running poker variants like Texas Hold’em, Omaha Hi, Omaha Hi/Lo and Sprint on its gaming platform, the poker site has launched Crazy Pineapple – a crazy way to play poker online. Now the poker site stands high with success upon its 7 lac+ player base, and ranks among the fastest growing online poker brand in India.

The New Year 2016 has just arrived, and the poker site is continuing its boundless and ceaseless journey to success. Adda52.com, along with Deltin Royale has already announced a INR 1.5 Crore Guarantee – Deltin Poker Tournament (DPT) that is scheduled to take place from January 21 to January 26 aboard Deltin Royale, Goa. Adda52.com has really persevered and forged ahead through the thorns overcoming the challenges and achieving strategy execution excellence.

Stay Tuned with Adda52 blog to know about new tales of it’s Journey in the days to come.