Adda52 launched Team Spades, India’s first ever professional Poker team, comprising of four internationally renowned Indian poker players namely – Amit Jain, Kunal Patni, Aditya Sushant and Muskan Sethi. The official launch of Adda52’s Team Spades was done at Hotel Imperial, New Delhi where the poker pros were revealed to a cross-section of media. The four-member team will represent Adda52 and its vision to spread the game as a professional sport. This will be a sponsored professional player team which will play both internationally as well as in India. 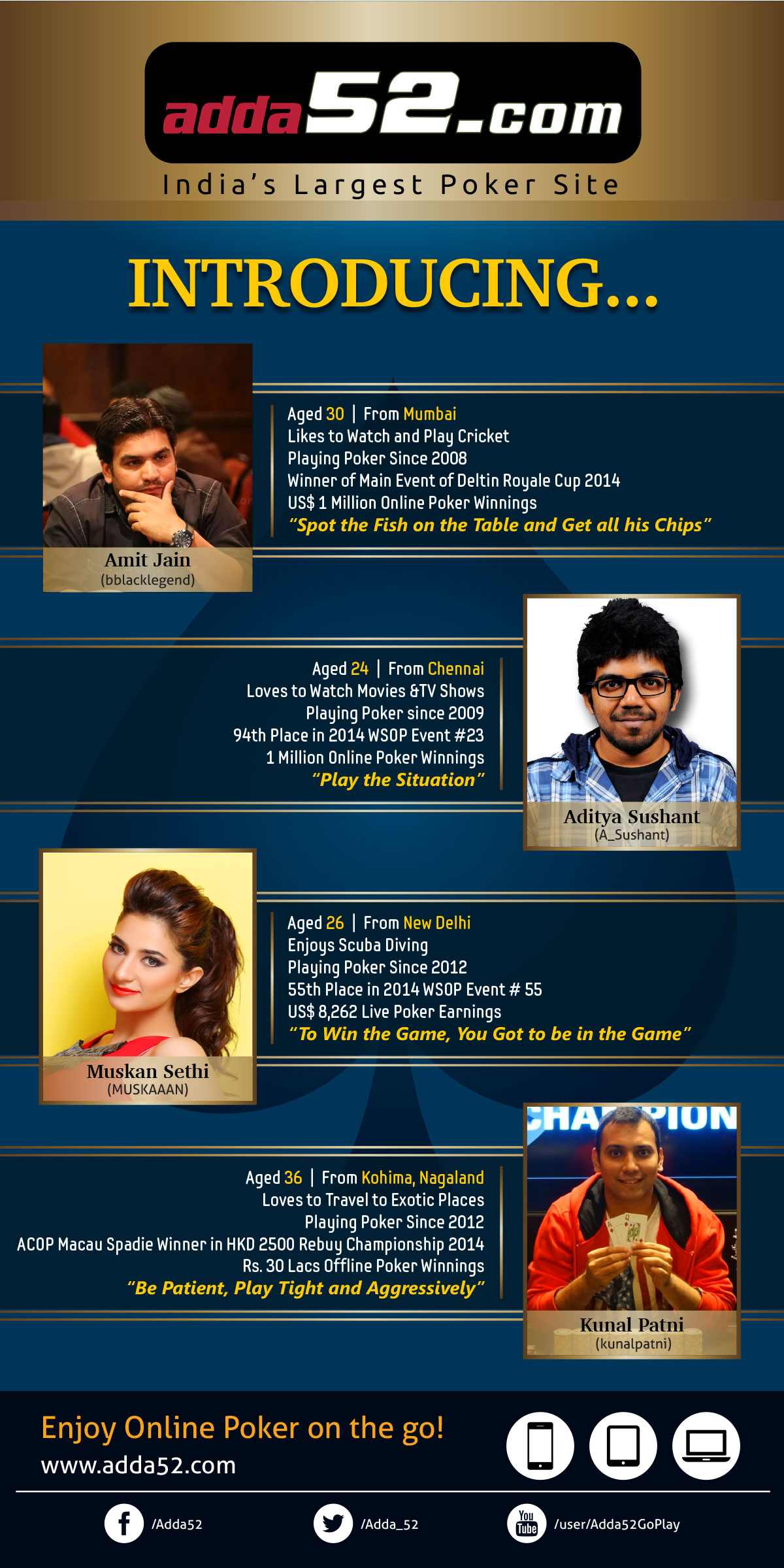