All You Need To Know About Poker Tournaments 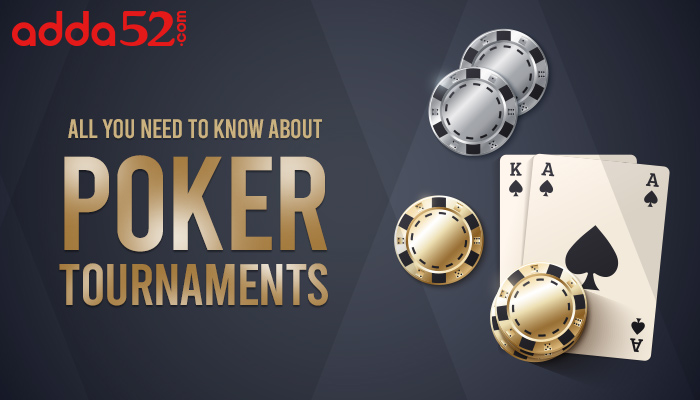 Want to play poker hands but don’t know where to start? Simply playing poker by the means of tournaments can be easy, fun and engaging.

There is a fixed amount of entry fee which every player has to give before entering the tournament. Once you buy the tournament ticket, you are all set to win big. This post will help you understand all about poker tournaments and their types.

Tournaments begin with each player getting a specific amount of chips to play. The rules are simple – if you lose all your chips, you will not be able to continue playing. The player who survives till the end of the game becomes the winner and gets the largest share of the prize pool. The good news is that as per your finishing position if you are one of the top players, you will also get a portion of the total pot.

Before we dive into the understanding of the types of tournaments, here is a glimpse of a few important concepts.

You need to pay a specific amount to the host in order to enter and play the game. This process of entering the tournament by paying an entry fee is known as ‘buy-in’.

This can be understood by an example – a tournament is organized with offers a guaranteed prize pool of 20 Lac and buy-in is Rs. 750.

As the tournament progresses, the blinds steadily raise and antes are also added eventually. Ante is the compulsory bet which each player has to place in the pot. All the buy-ins collected from the participants are used to form the total prize pool of the tournament.

Are you losing your chips? Don’t worry! You can choose to re-buy them. This feature allows you to buy-back chips when your chip stack goes below a threshold. The cost and other factors related to re-buys may vary according to the tournaments.

In the Money (ITM)

This refers to the time in the tournament which ensures that every remaining player will get a part of the prize money. The money will be divided on the basis of their position in the tournament.

Whether you are playing online or offline, there are various types of tournaments. Check out the distinctive features of the multiple types of tournaments and find the one that is best suited for you based on the level of your skills, knowledge and affordability.

Irrespective of the format, the rules to play the game will always remain the same. Playing games to win prizes has never been easier than now!