The craze for card games is catching on in India like never before! Even our Bollywood industry is enjoying this latest addiction. Our Bollywood celebs have always been known for their popular card parties on certain occasions. Many of our B-town celebrities are on their way to explore these intriguing card games. 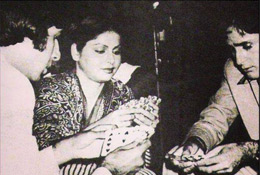 Apparently, it is believed that Bollywood’s original showman Raj Kapoor, along with his brother Shashi Kapoor, started the trend of card parties. Beside this, stars like Raj Babbar love to try something different and often indulge themselves in playing card games that too for real money.

According to rumors, many veteran stars like Jeetendra, Rakesh Roshan, and Raj Babbar were known to be the high rollers of the film industry as they used to play high stakes running into Rs. 5 lakhs a game.

Shakti Kapoor, the bad boy of B-town, was known to get into clashes over card games. Actor Kabir Bedi used to devote whole night to cards on festivities. The entertaining quipster Chunky Pandey admitted himself that he used to play card games often & even lost a lot of money.

Dino Morea says he plays game of cards for small stakes only that too just for fun. Actor Sonu Sood loves playing cards & consider himself as a terrific player.

Shahid kapoor and Harman Baweja, apparently, are passionate about poker, and are often joined in by their other friends at poker parties that goes on for long happy hours. Aamir Khan aka Mr. Perfectionist, is also popular for his card parties. In fact, Poker and Rummy are a regular affair at his place and the stakes can range from Rs.5 to even Rs.5000. He is as cautious at the card table as he is at work. He never goes wild, even when he has a good hand.

Shah Rukh aka king khan, has no set style of playing. He plays according to his mood. And he sets the stakes according to whom he’s playing against. As per his friends, he loves to bet on who will win a particular hand.

Hrithik Roshan, Zayed and Fardeen Khan, are said to be a pretty regular group. As per the industry standards, they are known as shagun players. Among them, Zayed is apparently, a good bluff master. He plays boldly, maintaining a poker face.

Sajid Khan, is also one of the high rollers lovers. He is well-known for hosting high rollers and is said to be super-bold and open-handed when it comes to cards. Farah Khan, Riteish Deshmukh, Sajid Nandiadwala, Arbaaz and Malaika Arora Khan and Amrita Arora Ladak are some of the regular players at his table.

If rumors are to be believed, even Akshay Kumar aka “khiladi of B-town” is also a great card game lover! His friends call him a magician. As he has got the luck of the devil when it comes to cards, and rarely loses. In fact, many of his friends claim that he is so good with cards that he can even predict who has winning hands at a table!

While the male celebrities of B-town can be often seen playing card games at certain occasions; the female celebs are yet on their way to explore these games. 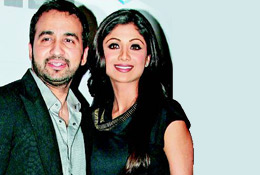 Hindi-Tamil actress Sameera Reddy loves playing poker for low stakes. While Shilpa shetty kundra doesn’t like much of card games; her husband loves playing Poker. He is a frequent visitor at poker rooms of Las Vegas and even popular for hosting grand card game parties.

The model turned actress, Divya Dutta along with director David Dhawan, too enjoy their game of cards but not for high stakes. Former beauty queens like Jacqueline Fernandez, Dia mirza & Celina Jaitley also admit their love for playing cards occasionally. 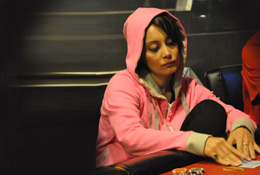 Bollywood’s Miss muffet – Minissha Lamba is the latest celeb to be spotted at various Poker events. Apparently, the actress is in love with Poker game. She is an expert at the game and enjoys giving tutorials over it. She can be often seen playing at deep-stake tables.