Do’s and Don’ts of Playing The Squid Game 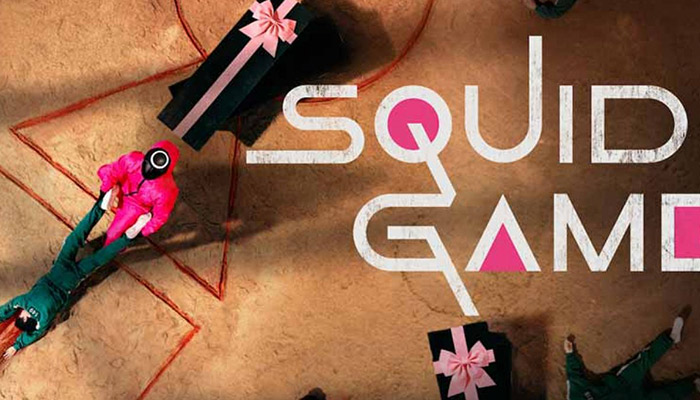 Squid Game is here to change everything you know about mind games!

The Netflix original series is the most talked about show in the world at the moment. This Korean drama has gripped the world and soared to become one of the most popular shows on the OTT platform.

What is Squid Game?

The show centers on a group of people from all walks of life who pit against each other in a set of  ‘children’ games. To win the gigantic prize money, they have to make it through each round. The only downside? the consequence of losing – is sure shot death!

Watching Squid Game is all fun, but playing it is an entirely different story!

Intrigued to know whether you’d survive in the Squid game or not? Well, here are some dos and don’t to follow if you want to successfully overcome the life-threatening challenges at every stage of the game. Brace yourself, as we are going to take a deep dive into the world of Squid Game.

Planning – Sometimes a task can seem overwhelming if you look at it as a whole. In the ‘tug of war’ round, most teams played the classic game in a traditional way without any planning and ultimately paid the price for it with their lives. The physically weaker team of the protagonist analyzed the situation and developed a strategy based on their observation and experience to defeat their opponents and move to the next round.  The unconventional strategy, to lean back holding the rope as far as possible for 10 seconds before tugging, worked out perfectly in their favor.

It is important to find out a way to break the task down into steps that can be easily attained. To move forward in the face of fear and uncertainty and deal with the unexpected, you need to develop mental readiness.

Foresightedness – Identify patterns to understand the purpose of the task! In the honeycomb challenge, the players had to choose between four shapes (circle, triangle, star, and umbrella) before knowing what the game actually is. It is revealed that the players have to chip out the chosen shape out of a honeycomb without it breaking within 10 minutes. The lack of foresightedness caused the protagonist, Gi-hun, to choose the umbrella – the most difficult shape.

Creative thinking – As the needle method to cut the shape out was quite risky, Gi-hun decided to use an unconventional method to complete the task.  He flipped the cookie and licked the borders of the shape. Eventually, the shape simply fall out and saved him from getting shot in the head.

Stress and anxiety often make it hard for us to come up with innovative ideas. An openness of mind and consciousness provide space for creative thoughts to come forth.

Stay unreadable – Your plans work perfectly if they catch others by surprise! Il-nam, the elderly frail player, revealed his true intentions in the final episode. It turned out that he was the mastermind behind the games and played it just to experience some sort of ‘nostalgic’ joy.

When you make a move in a way that your competitors completely fail to anticipate, the element of surprise helps you gain a competitive edge over them.

Selflessness – In a perfect world, selfless sacrifices are praiseworthy, but in a deadly game, it is essential to take some decisions cold-heartedly. Emotions are the enemy of reason. In the marbles game, Gi-hun quickly decided to save himself by tricking his ‘Gganbu’and taking advantage of his failing memory to get all his marbles. Although the elderly player knew he was being played, he gave his last marble at the last minute as gratitude for Gi-Hun’s generosity so he could win.

Cheating – The inside information can help you have some success for a little while, but then disaster makes its way. There is always a ‘Front Man’ who is keeping an eye on you to ensure that you follow the established principles. Therefore, you should always rely on your talent, skills, and presence of mind to proceed to the next round.

Blind trust – Never trust your competitors. In the game of marbles, Ali was about to emerge victoriously, but Sang-woo betrayed him by making him believe that they both can survive. At the last minute, Ali realizes that his marbles have been replaced with rocks.

It is important to learn how to identify people’s true motives by what they do, not what they say.

The connection between Squid Game and the ultimate strategy game

Just like the Squid Game, the players have to make quick decisions under pressure situations at a Poker table. Here are some major takeaways from the Squid game that can help Poker players reach the pinnacle of success at the game tables-

“ There is no greater danger than underestimating your opponents” – Lao Tzu

Regardless of whether you are playing for your life in a Squid Game or pitting your wits against opponents from all over the country over the Poker felt- always put a great amount of thought into your every move.

So, are you ready to play ‘ddakji’ to get the ticket to a Squid Game?