Are you a tournament player? If yes, then you would be well acquainted with the high action that ‘rolls in’ on the tournament tables. And the adrenaline rush that goes with being a part of a final table of a multi-table tournament (MTT). If your answer is No, then you should give that one shot to high-stakes poker tournaments with relatively lower buy-in amounts. They are not only big bankroll boosters but also huge morale clinchers. Here are some tips to enhance your poker skills for achieving success in multi-table tournaments:

Practicing poker tournaments requires a huge cost in advance. Every game you play, cash or tournament, requires a certain level of training before winning becomes a habit. Furthermore, if you spend time playing other MTT practice games instead of your usual cash games, then you incur the opportunity cost of not making however much your hourly rate is when playing MTT’s. You can mitigate the costs by playing smaller stakes in these other games. If you are playing $100 MTT’s, then you should not start off your heads up cash game career playing $.50/$1 with a $100 buy-in. It is beneficial to start with small stakes, and move-up the stakes after acquiring the skills comparable to those you usually play in MTT’s. This helps you achieve your learning goals. Don’t forget these costs act as investments in the future profitability of your MTT game.

Cost of a Mistake

It is important to understand decision making at all stages of a mistake. And ensuring that mistakes made during an MTT don’t cost too heavily.
Let’s take a theoretical example to get into details. In a Rs. 3500 buy in tournament, a blind level is set at 25/50 and player gets 5000 chips to start the game. To calculate the value of each chip, you need to divide the total prize pool by the total number of chips in play or divide the buy-in by the starting chips. In this case, each chip is worth Rs. 0.70. To ensure longevity in a tournament, you need to avoid small errors in the initial stages of the game.. During the start of the tournament, let’s say, you fold your Ace-King to a pre-flop all-in from a short-stack and later on reviewing, you get to know you had an edge of about two and half BB’s and ought to have called. Here, you cost yourself 125 chips, or about Rs. 87.50. However, a similar mistake later in the tournament is much more costly considering the higher blinds. If the tournament isn’t in the money yet, but the blinds are now 1000/2000, then a 2.5 BB mistake costs you 5000 chips, or about Rs. 3500. It is always advisable to get trained on specific aspects of their game by playing hundreds of tournaments, reading poker books and watching poker videos, as this will gradually improve your play across the board. 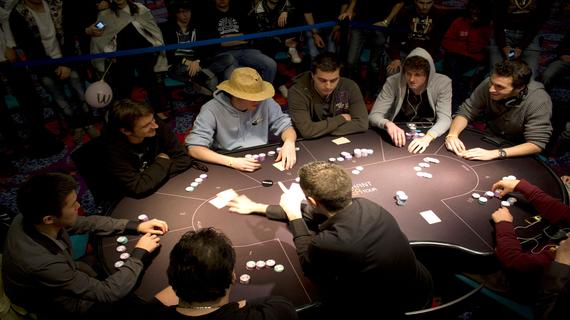 While playing tournaments in poker, it is always advisable to play lesser number of tables as it develops your MTT skills. Suppose you play more than 10 tables at a time for short-term hourly rate, it will affect your decision-making and block your mind to think creatively. If you wish to move up the stakes and want to achieve success in poker, then avoid playing too many tables as it will cost you more in the long-run. You should play not more than four tables at a time and should concentrate on the table you are making money on. Furthermore, the deeper you get in an MTT, you will be less inclined to join new tables.

Sit-N-Go tournaments help you to bypass early stages of an MTT and jump directly to the final table. If compared with MTTs, you need to know that the prizes in SNGs are proportionate to buy-in, and payouts do not increase when a player gets eliminated. However, SNGs still provide you a chance to play the short-handed tournament as it has a fast, shallow structure. Playing SNGs train you in understanding ‘bubble’ situations and maximizing profit by blind-stealing the spots where your opponents will have to fold even strong hands to your all-in bet rather than risk elimination on the bubble.

Generally, in poker tournaments, the jump from second to first place is considered the biggest payout jump. In other words, when you reach the heads-up play in an MTT, your chances of winning the tournament have the maximum value. But MTT players get few opportunities to practice heads up play. MTT players are experienced in stealing pots cheaply when their opponents have nothing and know how to get saved with a bad hand and win the most with a better hand. In heads-up play, the two players left have an extra incentive to steal pots. At this level, you need to be trained in running and catching big bluffs and low value betting that come up far less often during other stages of an MTT. If you need to get trained in heads-up play, you should practice heads up sit-and-go’s and heads up cash games.