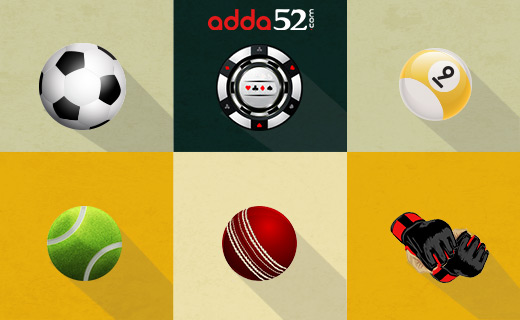 Poker game in India is one of the most relished game. Many famous poker players in India have displayed their talent and passion towards the game. The game of poker is not only restricted to India but its popular among famous sports players around the world. Some of them show a great passion towards the game displaying a good association between poker & sports players. Few of them are:

Nadal is a Spanish professional tennis player who is currently ranked No.5 in the world. He is been titled “The king of Clay” due to his dominance and achievements in the game. Rafael is one of the renowned sports player who is linked to Poker. He joined a famous international poker site during his seven month’s break of his career in 2012 – 13, due to his knee injury.

He is a former Australian cricketer who was viewed as one of the best bowler. Due to his expertize he was named “Wisden leading Cricketer in the world”. After officially retiring he also showed his talent into cricket commentating. In January 2008, he joined 888.com with his thirst towards poker game. He even sponsored events like World Series of Poker Asia Pacific and World series of Poker Europe.

Canadian player George, a Champion of the Ultimate Fighting Championship, also has a keen interest in the game of poker. He joined 888.com in April 2012 to cater to his interest in Poker.

Steve also known as “the Nugget” has won maximum professional titles in sport compared to any other player. He is one of the best snooker players with 6 World championships and 51 non–ranking victories. In spite of being 55 years of age continues playing professional snooker. Along with snooker he also excels in the game of poker.

Apart from the above-mentioned players some of the famous footballers like Tony Cascarino, Teddy Sheringham, Jon Molby, Steve Watts are also passionately connected to the game of poker. Apart from being fabulous footballers, they are talented poker players too.