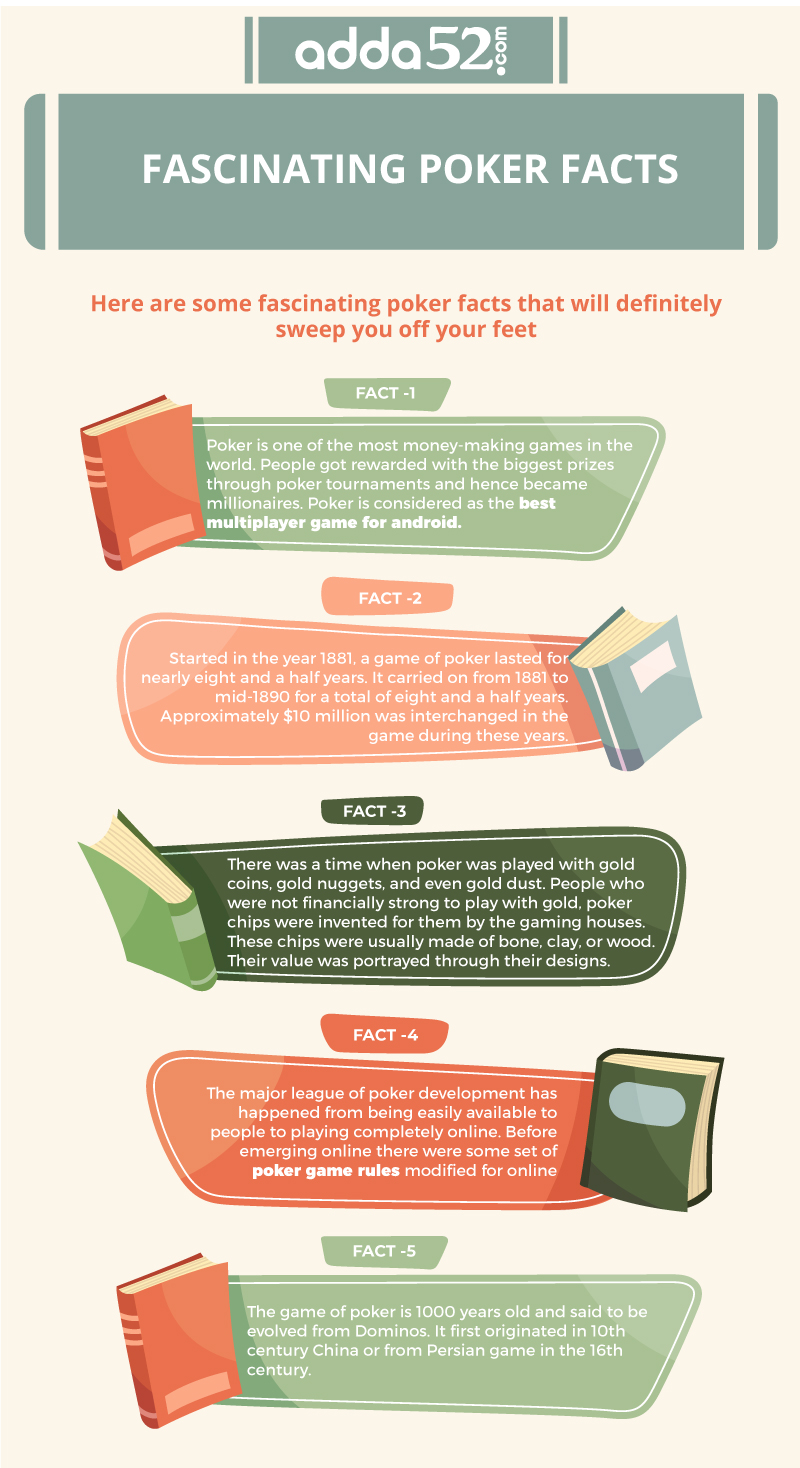 Here are some fascinating poker facts that will definitely sweep you off your feet:

Poker is one of the most money-making games in the world. People got rewarded with the biggest prizes through poker tournaments and hence became millionaires. Poker is considered as the best multiplayer game for android.

There was a time when poker was played with gold coins, gold nuggets, and even gold dust. People who were not financially strong to play with gold, poker chips were invented for them by the gaming houses. These chips were usually made of bone, clay, or wood. Their value was portrayed through their designs.

The major league of poker development has happened from being easily available to people to playing completely online. Before emerging online there were some set of poker game rules modified for online gaming.

The game of poker is 1000 years old and said to be evolved from Dominos. It first originated in 10th century China or from Persian game in the 16th century.