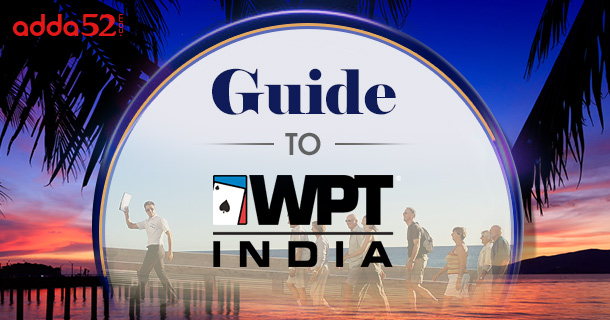 World Poker Tour is an internationally televised series of high-stake Texas Hold’em poker tournaments which broadcast final tournament tables to more than 150 countries. The series started in 2002 by TV producer Steven Lipscomb who introduced the successful concept of broadcasting poker tournaments on television which is now one of the highest rated show in US. Since then, the popularity of WPT is growing exponentially and it becomes one of the leading and most prestigious poker events in the world.

WPT players are recognized as celebrities in the world of poker. The big shot to earn fame and fortune attracts the best poker players all over the world to come together and play WPT Texas Hold’em poker. Professional players as well as poker enthusiasts compete against each other to win the title. The Main Event winner gets the lifetime opportunity to have his name engraved on the WPT Champion’s Cup as well as millions of dollars as world poker tour winnings. World Poker Tour also presents bracelets to the champions as a symbol of their victory and achievement.

The series happens in various countries around the globe every year and presents many poker tournaments which ultimately leads to the Main Event. The another great reason of the popularity of the event is that anyone who can pay the WPT buy-in, can participate in the tournaments.

First time in history, World Poker Tour is coming to India in partnership with Adda52, India’s largest online poker and card games site. WPT India 2017 is going to be held at Adda52Live poker room, Deltin Royale in Goa, one of the most luxurious and iconic poker destination in India.

Deltin Royale is an offshore luxurious cruise ship casino which is widely known as one of the biggest and grandest casinos in India. Deltin Royale hosts several domestic and international events throughout the year and is now inviting the greatest poker players of the world to come and play at WPT in India from 7 to 13 November, 2017 with INR 55,000 Main Event. 16:00 PM20K Kickoff NLH20,000 (19,200+800)

Adda52.com is offering the greatest opportunity to participate in the WPTDeepStacks India by hosting online satellites on the website where Indian poker players can win free ticket for the Main Event in Goa. You can play the satellites for WPT India Main Event and the winner will get entry to five listed events along with flight tickets (up to 10,000) and 4nights/5days accommodation (twin-sharing). Visit Adda52.com for more information about WPT India schedule.

The biggest amount won in WPT championship was in season 5 by Carlos Mortensen which was $3,970,415.

Here are the winners of last four seasons of WPTDeepStacks who topped and took home massive prize money. The list is based on their ranks on WPT leaderboard.

WPT Player of the Year

Along with the winnings, WPT honors the player who earns most points throughout the season with Player of the Year award. Earlier only the players who reached the final tables were eligible for the points but now the points are based only your finishing position, buy-in, and total number of players in the tournament.

Below are the winners who received Player of the Year award until now in all seasons of WPT:

Everything You Need To Know About WPT Online India 2021