Here’s All You Need To Know About Fantasy Cricket 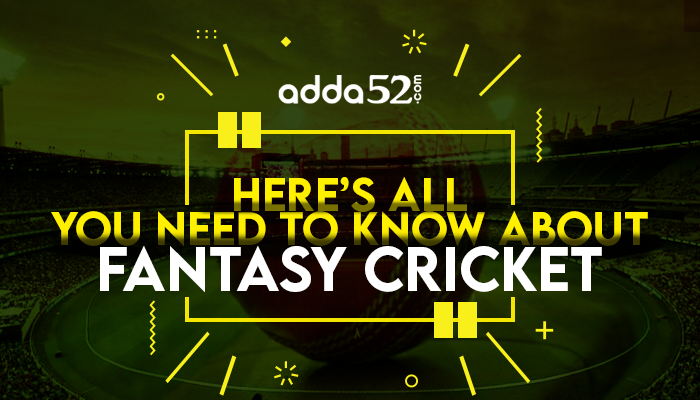 The unique concept of playing fantasy competitions for tournaments of their favorite games is gaining attention from thrill-seekers worldwide these days. The most popular variant of the game is fantasy Cricket. Without stepping out of your home, you can actively participate in T20 and ODI formats of major Cricket tournaments such as IPL (Indian Premier League) and ICC World Cup.

Fantasy Football is another variant of fantasy sports that is gradually growing in popularity in the country. You can play fantasy contests for major Football tournaments such as UEFA Champions League, EFL (English Football League), and FIFA World Cup.

To play Fantasy Cricket, you need to choose the best players who can score maximum points for your team. It requires extensive research and analysis of the statistics about players’ past performances and current form. As much knowledge, acumen, and strategy you demonstrate in the game, as much your chances of picking the right players for your team improve.

To add players to your team, you get a budget of 100 credits for each match. Big names are expensive and as the budget limit cannot be exceeded, you have to utilize your game knowledge to create a balanced team including established players as well as new but consistent performers who can earn maximum score for your team.

Here are a few of the reasons why we consider fantasy sports is the best game to sharpen your analytical skills as well as improve your focus and problem-solving ability.

If you are a new Poker player, you can participate in freeroll games to improve your understanding of the basics of the game such as hand ranking, betting actions, table position, bankroll management, etc. Participating in freeroll tournaments is the best way to sharpen your skills and win fabulous prizes. There are lots of blogs, articles, and videos available to help you get in-depth knowledge of the basics. In fantasy Cricket, after creating the team, you need to join a practice or paid league to compete against other teams. Players who are playing for the first time can start with the practice leagues to learn how to pick players and create a team without making any investments from your pockets before moving on to join a public league.

To know about the latest happenings in the world of fantasy games and connect with like-minded people, you can join an online community/group. You can share your experiences, thoughts, and queries with your players and get their valuable suggestions about how to improve your game and choose the right batsmen, bowlers, wicket-keeper, and all-rounders to assemble your team.

It is important to choose a gaming platform that strictly adheres to government rules and policies related to online games. Fantasy Cricket has completely changed the landscape of online gaming in India. Now is the time to turn your dream of participating in a major sports tournament into reality and earn mind-blowing prizes with your knowledge and skills. You can download a Fantasy Cricket app on your android or iOS device to play the game anytime and from anywhere. Join Now!