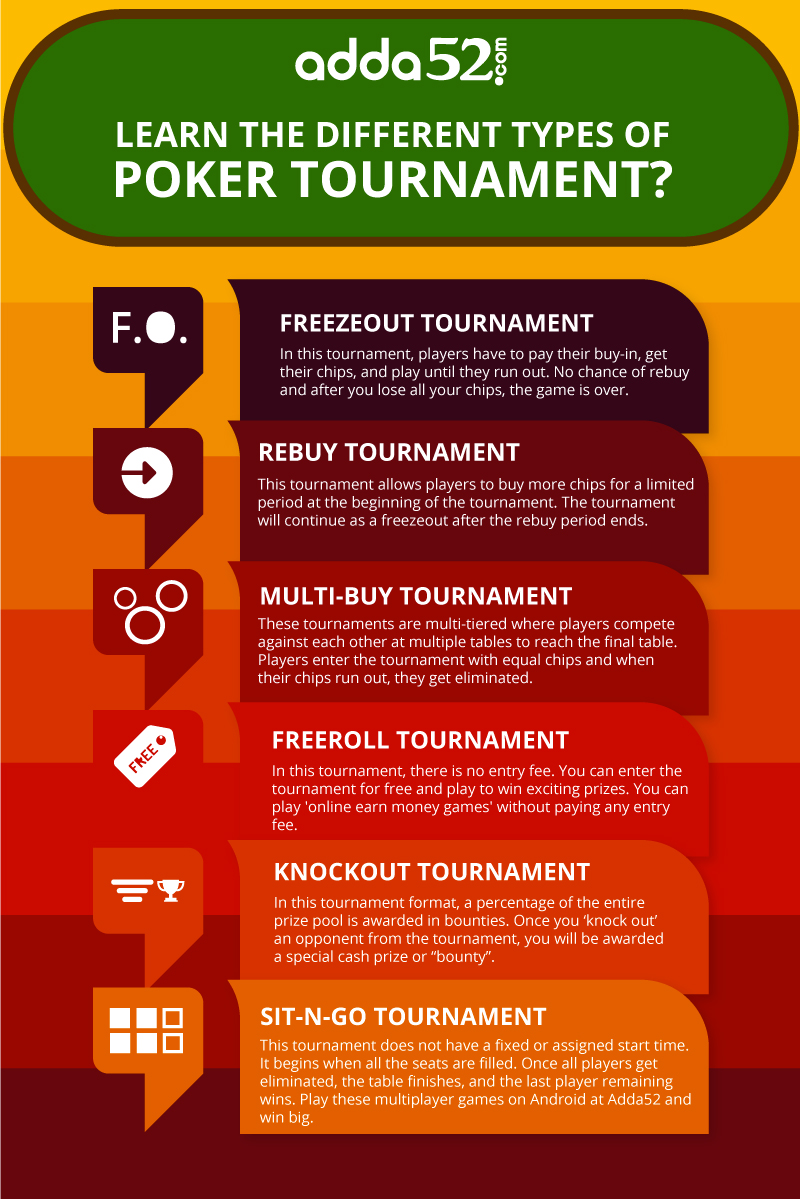 In this tournament, players have to pay their buy-in, get their chips, and play until they run out. No chance of rebuy and after you lose all your chips, the game is over.

This tournament allows players to buy more chips for a limited period at the beginning of the tournament. The tournament will continue as a freezeout after the rebuy period ends.

These tournaments are multi-tiered where players compete against each other at multiple tables to reach the final table. Players enter the tournament with equal chips and when their chips run out, they get eliminated.

In this tournament, there is no entry fee. You can enter the tournament for free and play to win exciting prizes. You can play ‘online earn money games‘ without paying any entry fee.

In this tournament format, a percentage of the entire prize pool is awarded in bounties. Once you ‘knock out’ an opponent from the tournament, you will be awarded a special cash prize or “bounty”.

This tournament does not have a fixed or assigned start time. It begins when all the seats are filled. Once all players get eliminated, the table finishes, and the last player remaining wins. Play these multiplayer games on Android at Adda52 and win big.

How To Play When You Are Holding a Nut

How To Create a ‘Game Plan’ To Learn Poker 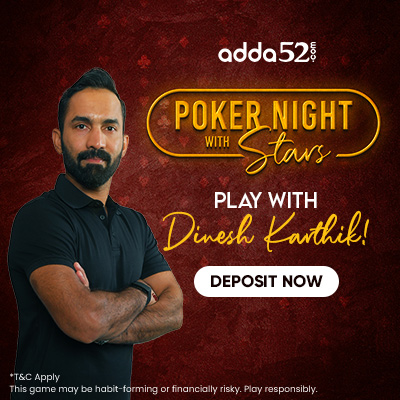 Previous articleHow To Celebrate A Safe Diwali During The Pandemic?
Next article10 Daily Habits That Are Ruining Your Productivity