“Master The Satellite Tournaments With Me” – Ashish Ahuja 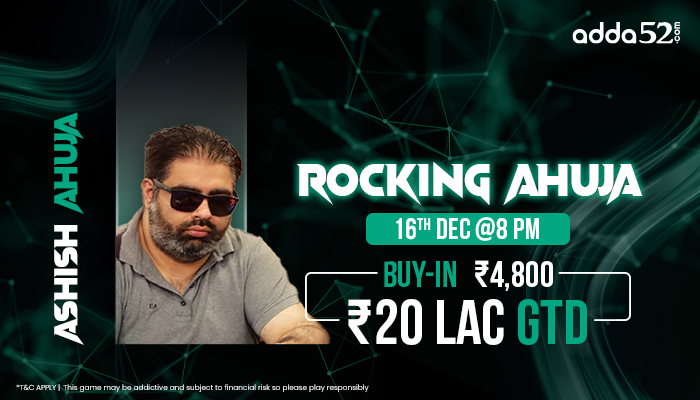 Hey all,  Series of legends is happening at Adda52 for a total prize pool of Rs.2.6 CR GTD from 13th to 19th December, I am here to help you with all the strategies it takes to master the satellite tournaments.

Are you ready to play Poker with me? Knock me out of my tournament “Rocking Ahuja” and win a bounty of Rs.5000.

There was a time when I used to spend a lot of time playing tournaments and getting almost nothing out of it. Then, one day, I realized how these professional players make a huge amount of money with just a minimal buy-in. The answer I got was, through satellite tournaments!! Yes, trust me, the tournaments are the easiest way to make money in just a minimal amount of buy-in. Tournaments are the most simple way to generate money when you are short on cash and want to participate to win prizes in Poker.

I used to play Poker but, I had to somehow arrange money to get into the game and win big, and I found my way through these satellite tournaments. All it takes is just a good strategy and some skill to beat the opponents in the game. Playing tournaments requires minimal buy-in and results in a huge prize pool.

When you play cash games vs. tournaments, it’s like playing a one-day series vs. a test series. Trust me!!

Let me take you through the basics first.

So, the satellite tournament is one of the finest sorts of events since it is a key to a significant Prize Pool with a lower Buy-In than ordinary tournaments. When your poker bankroll is low, satellite events are the only option to earn through online poker real money. In most cases, satellites are used to gain entrance to the main event. When participating in any type of tournament, one must have a comprehensive set of patience and should be well versed with the Poker sequence.

Follow my strategies, if you want to master these satellite tournaments.

Strive hard for endurance since it is the key.

If you ask me how I used to get to the next level of the game without even spending a lot of money, then I would just say that through satellite tournaments. These are a type of online money-earning game designed to help you to move to the next level of competition. From my experience, I would always recommend making it to the finish and hence making this one of your ideal strategies to play these games.

Players who enjoy difficulties and are competitive, show up to the tables to qualify for the next big event rather than making money.

Hence, endurance is more important than increasing the number of chips. You have the option to enter the next event even if you just have one chip remaining and your opponents have been eliminated.

Filter out the opponents before you play aggressively.

Don’t be afraid to fold.

As a beginner, we always avoid folding our cards even if it is not in our favor. But, I would recommend my dear players not to be afraid to fold their cards; the player with the lowest chip stack is significantly superior to the one who is eliminated with a large chip stack in only one All-in. Whether you’re playing with one chip or a large stack of chips, the only thing that matters is that you make it to the end of the game.

Remember, just make it to the end!!

Simply fold as soon as you realize you shouldn’t call. You’ll be safe in the following event as long as your opponents are going all-in and being blasted out.

Say a Big No to All-In

So, I remember the time when I was playing one major event where I lost all my chips just because I went all-in due to some fish player playing with me. So, make it a thumb rule in tournaments that you should avoid going all-in. Playing in this manner is risky, as you may be eliminated all at once. As a result, say no to going all-in.

Join the action-packed real money game at Adda52 and win every day now that you know all the tricks to win the satellite poker tournament in India. Join this Series Of Legends and make a way to big winnings. 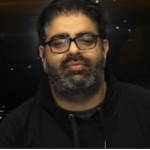 Ashish Ahuja – A lawyer-turned Poker Pro from Chandigarh. Ashish is considered one of the finest MTT players in the country.