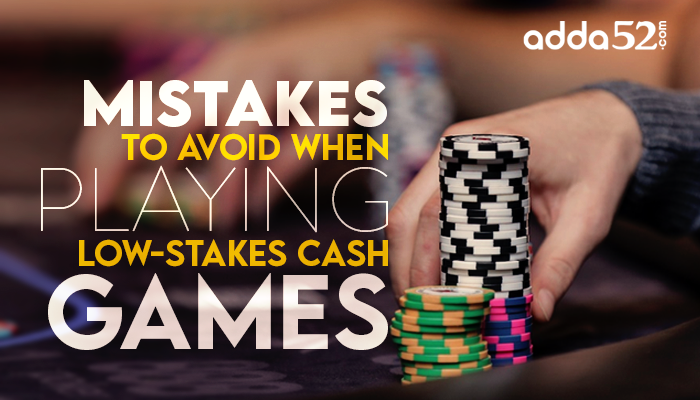 Playing at small stakes cash tables is what every beginner in Poker does. The reason for choosing these stakes is because they don’t have to put in a lot of money at the beginning and they can move up the stakes gradually. These strategy games require a certain set of mistakes to avoid stopping losing money and make the winnings gradually. Every beginner or professional poker player must be aware of the basic poker rules. With that, how to crush these small stakes cash games also needs a strategy. In this article, you will learn how to play these low-stakes poker cash games where a lot of players struggle with. The reason why the players struggle with low-stakes games is because of the rake and also because they are not good at cash games yet. This comes from a general lack of understanding that poker is about your cards. A lot of people think that sitting at a table and playing with good cards will let them win. While they may win a small amount, the problem still is that the rake will eat them up. So before you are playing low-stakes poker there are a few things that you need to consider:

While you can beat small stakes games for a  small amount by playing strong hands, you will never become an excellent poker player by doing this.

Read the mistakes and flaws of your opponents to use them to your advantage. Reading the tells and understanding the opponent’s style is one of the excellent player’s skills to possess.

You must learn to exploit your opponent’s weakness if you want to become an excellent player.

There are a few general concepts that you need to take into account to understand in a few multiplayer games online.

Also, there are a few mistakes to avoid when playing a small stakes game:

Also, there are a few mindset flaws that small-stakes players have.

Hence, don’t set yourself up to be dominated in pots where lots of chips are at risk. Play safe and crush the small stakes tables with these simple steps.