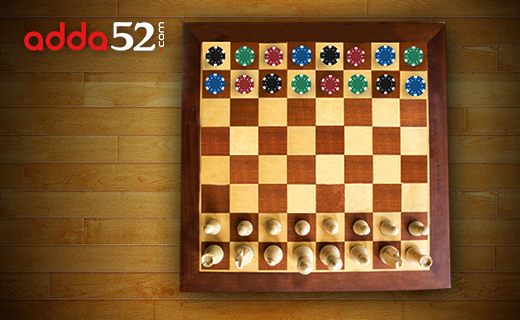 Have you ever played chess? Do you play both chess and poker? You are not the only one. Did you know several chess players, for example Jeff Sarwer, play poker and have been quite successful in the poker world as well? Poker and Chess are two games with different game play. Poker is a game of incomplete information that uses cards to generate randomness while chess is a game of complete information with no elements of chance. But both the games share some key similarities that makes chess players good candidates play poker, and equivalently, poker players suited to play chess.

How do Poker and Chess Correlate?

Thus, both games require players to employ similar thought processes in order to be successful, and time and effort to perfecting their craft as poker player or chess player.

How does Poker and Chess Differ?

Besides similarities, players should also be aware of key differences between Poker and Chess before switching the games.

To conclude, poker and chess correlate well because ultimate goal in both the games is to goal is to play, win and improve yourself. Rather both the games are similar to war battle – study opponents, strategize, use your skills and win the war. It makes no difference if you play poker online or live, you play texas hold’em or omaha