Poker Brohood And Awesome Railing In Manila – By Kunal Patni

2 titles, 6 final tables and as many cash finishes. Was it a super successful outing for the Indian contingent or what. Not to mention the various other deep runs by every single member of Team India. It was spectacular. Team India is quickly becoming a force to reckon with in the Asian Poker Circuit and rightly so. I firmly believe our pros are some of the best in the region and we proved that in the Manila series. 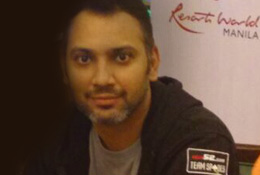 This was my first ever trip to Manila and I loved every bit of it. Manila is a great place to play poker. I would tend to rate this a notch higher than Macau. The casinos are way more lively, people speak English, more options for food, way less expensive than Macau and a slightly softer poker field makes it a must visit for future events. And yeah the party scene is quite rocking too. LOL

APT Manila belonged to my good friends, Sahil Agarwal, Amit Jain and Kavish Kukreja. They were definitely the men of the series. I think it was their individual best scores outside India if I am not mistaken. Great going guys. Lots more coming your way in the near future.

Definitely need to mention the various deep runs by Dhaval (bubbled three events and that really sucks), Jasven (had deep runs in practically every event he played but luck wasn’t by his side this time), Danish (again had a lot of deep runs). Danish is the sweetest chap in the Indian Poker Circuit and a gem of a person. Interacted with him properly for the first time and I was amazed at his thought process when he discussed a few hands with me and told me where I was going wrong. Very insightful inputs from him.

Shravan and I have made it a habit of running deep together. Out of the Indian contingent, I have had the pleasure of being on the same table with Shravan the maximum number of times in the recent past. His 3rd place finish in the 770 USD event was simply awesome. He was quite short stacked a couple of times and the way he kept grinding and made a comeback was awesome. Once again learnt a lot from Shravan being on the same table. He kept telling me hands that I should have played differently and it sure gave me a much better perspective. Sushi made an impressive 18th place finish in the 770 USD event. The series wasn’t as great for Sushi given the high standards he has set for himself (killing nearly all the events in India) but he made up for that on the Blackjack table. LOL. Apoorva played only a couple of events and still ensured that he was the only other Indian to cash in the main event other than Sahil of course. What a beast !!

Personally it was an average series for me. Did manage to come 17th and 14th in the Bounty Hunter and 770 USD event but should have made one final table at least. So a little disappointed on that front. The main event was a roller coaster for me. Started the same with 25K and very quickly built it upto 67K (I guess I was one of the chip leaders at that stage), then was down to 20K and ended day 1 at 44K. I think I played my best poker in recent times on day 2 of the main event. I was really happy with my game and was running really good. Kept changing gears as the situation warranted. Ran into two cooler hands back to back towards the end of day 2 and busted out 36th just a few places away from the money. First hand I lost was A9 < A10 on a A 9 10 flop. Second hand was KQ < A4 on a AKQ flop. Turn was the dreaded 4.

The highlight of the series was the railing and support each one of us got from one another. It was simply awesome to see one of us running deep in an event and the support we got from all the others present in Manila. In fact, the kind of railing we got from even from friends back in India was heartwarming. I remember starting a thread for my friend Rajeev in MPC 22 when he ran deep in the first event and that kind of proved lucky for him. So I had decided that every time someone runs deep here I would try and start a thread (unless I was busy playing myself). It worked well again. I was quite pleasantly surprised yet again with the follow ups from other poker fanatics from India on these threads. It made it totally worth the while. When I won my Spadie in Macau in October, I desperately wanted to share it with someone In Macau, hug someone with joy and shout out aloud. Unfortunately, there was no one present to share the happiness with. This was the main reason why I stayed back with Kavish when he ran deep in the first event. I had told Kavi Da that I am going to be around till the time he lifts the trophy. I think I was way more excited and shouted more than him when he won the last hand. Kavi Da was the calm and composed one. We did have a celebratory drink at the casino after that.

When we travel for Poker, it is very important to have support of friends. We all know that poker is a high variance game and we need someone to vent out our frustration when we get a bad beat, we need someone to egg us on and keep telling us to be patient and hang in there and thats exactly what we all did for one another. I think each one of us got our share of bad beats during the series and to have the support of friends at that time is invaluable. I would definitely like to share here that every time I was running deep, Amit would come and motivate me. He would put his hand on my head and say in his inimitable style “Good going bro”. The genuineness in his voice is so evident. Even though I am older than Amit, he treats me like a younger brother. Thanks bro.

I am hoping that after this successful series in Manila, there will be more and more Indians who would want to travel to Macau and Manila to play. We would crush the fields. We all have it in us. Thank you once again to all my friends who were in Manila and the support that I got from each one and the amazing support we got online from all the other friends back in India.

The next one now is the anniversary series of Rockets in their brand new poker room. Looking forward to that. 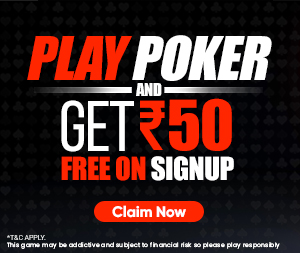