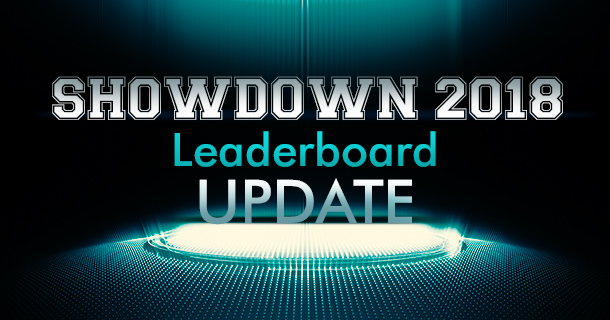 Showdown 2018 is here to provide all the thrill and adrenaline-rush a poker player could ask for!

December is already halfway over, but Adda52’s Showdown mania is showing no signs of slowing down. Since its launch, Showdown 2018 has become a sensation and witnessing huge participation of poker enthusiasts from all over the country.

Players are going gaga over the biggest highlights of the promotion -Heavyweight and Lightweight leaderboard which provide the participants the golden opportunity to win their share from the massive prize pools of 10 Lac and 5 Lac respectively.

This is the best time to be a part of the action!

Here are the top ranked players who bested the leaderboard with their consistent performance so far:

New Delhi- based Akshay Nasa “Vibaks” topped the Heavyweight leaderboard on 19th December with 563 points. Nasa, who is a very familiar name on the online poker felt, is leading the leaderboard by taking down “Whale” and “Mega Suits” tournaments on 14th and 16th December respectively. Nasa started playing on Adda52 in 2013 and since then he has added several online tourney winnings to his name.

Here is the list of the top 10 Heavyweight leaderboard finishers and their respective points.

To qualify for the Heavyweight Leaderboard, the player needs to acquire points by participating in any featured tournaments with Rs. 2000 or above buy-in (Blaze, Whale, Godfather, etc).

Haridasan Raghavan who plays under the moniker of “pokerfan2009” became the points leader on Tuesday by consistently finishing in good ranks in PKO 500, Crazy 4, Beast, & 2 PM Adda tourneys.

Compete in any of the listed tournaments such as Beast, Crazy 4, etc running on the site with buy-in Rs. 500 to Rs. 1999 to claim a position on the Lightweight Leaderboard.

How to Earn Leaderboard points

To earn the points, you need to play the listed tournaments in the month of December. The players will be awarded leaderboard points on the basis of their rank in the tourneys which keeps accumulating daily.

Players with the maximum points will reach the top positions on the leaderboard.

Less than two weeks left to experience firsthand the thrill and excitement of participating in the magnificent Adda52’s Showdown 2018. Join the action-packed tournaments to play your A-game and gain maximum points to lead the leaderboard and win breathtaking prizes.

Previous articleLessons every sportsperson can steal from the Ambanis
Next articleShowdown 2018: It’s A Wrap