Social games are games that need social interaction; that is, they’re games you play with other people. They have been played for more than fifty hundred years. Today, Social Network Games are among the most popular games played around the world. 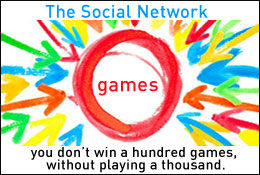 Majority of social network games are implemented in Adobe Flash, PHP, JavaScript or a combination of these technologies. They are usually always played via a web browser. These games allow the feature of asynchronous gameplay; that is, all players do not need to play at the same time. In most cases, these games do not have a declared winner; neither do they have a specific end. They mostly have subsequent levels of missions or achievements. Virtual monetary transactions allow acquisition of special features and upgrades, which otherwise would need. Many of these games need sharing the game with friends or acquaintances or any other social connections through your account.People are exceedingly addicted to these games because of their simplicity.

Games incorporated within social networking sites have proven to be a boon to the online gaming industry, to the game developers as well as investors. They are spread like wildfire and still have a long way to go.