“Stop Being a Fish at The Tables” – Kunal Patni 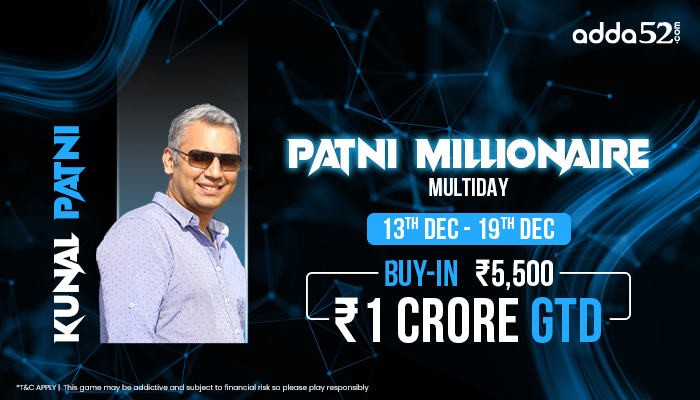 Are you one of those players who are usually considered as Fish at the poker tables? That’s something I always wanted to address.

No offense, but I sometimes call the new players “fish”  while playing online card games such as Poker. But do you want to master this game? Do you want to stop being called a Fish? Then find my strategies on how to stop being a fish at the tables to make a way for great winnings in a legendary series called – “Series of Legends” which is starting on Adda52 from 13th to 19th December with a total of 2.6 CR GTD in winnings. Read on to find out!

When I was a beginner, I felt that my gameplay was frequently questioned. Maybe because I wasn’t able to understand the methods as a novice player and was relying on luck rather than expertise, where my game became suspect at times.

But, I never wanted that to happen to me. Then I changed my approach to playing the game. I stopped myself from being a fish and started catching them instead

and now, I am very good at catching fish at the poker table. So basically, what I learned from my mistakes is that the fish players resemble little fish that big pro players may catch and eat, much like sharks. They’re easy to track down and beat. So just don’t get trapped. Seriously, don’t! If you enjoy playing poker and jumping straight into the poker scene, you may become the Poker Fish.

One of the most crucial qualities in poker is patience. When you first start playing poker, the charm of the game captivates you. That’s excellent, but you should still be attentive to everything going on around you. I have seen several female and male poker players who have topped the rankings. In my opinion, women poker players are just as adept as male professional poker players when it comes to maintaining their composure.

Fish Poker players are prone to become too enthused and bet at random. If you don’t want to be a Fish and don’t want to lose your money, keep your calm just as I do. You should start placing huge bets after you’ve gotten the hang of it.

Start after going through the fundamentals.

If you don’t want to be a fish, stop taking poker as a kid’s game. It’s simple, but only once you’ve mastered all of the requirements. If you don’t understand the rules, don’t play. My strategy before initiating the gameplay was to read the game thoroughly with a lot of expertise and observations. You should get started when you’ve learned the guidelines and know the poker hands very well before starting to play.

It takes a while, but it is well worth the effort. Trust me!

Don’t play on any random websites.

Poker is a popular card game. As a result, poker tournaments may be found on a variety of websites. Many websites are conducting tournaments for poker as well as 3 Patti, but being a poker player you need to choose the website that is very Poker specific to have those extra benefits. However, did you know that many of them are designed to be challenging and are not suitable for beginners? That’s a gigantic snare. It would be best if you just played poker at reliable sites like Adda52 Poker. I find this website quite reliable and user-friendly. For the extra challenge, you can come to play with me in the Series of Legends and compete with me at the tables. This is going to be one of the exclusive tournaments for the players by the players.

If I talk about my style of playing, then I keep focussing on every detail of the game. Whereas many fish players are eager to have some fun with the game. The reason for this is that they are completely ignorant of the massive payouts available in the poker game. If you want to be a Shark in the Poker Game, you must pay attention to the gameplay, mark my words. Apart from that, you will see how other players interact with each other.

The three essential rules of poker which I follow are – to be alert, play focused, and win with caution.

Poker is a skill-based game. It is important to learn skills. They must be exercised regularly. When I was a beginner, I used to play regularly to have that better expertise at the game. Don’t show yourself as you’ve never played this game before. Practicing is difficult, but it is also beneficial.

So how do you put your poker skills to the test?

Play online poker on Adda52 with me, the best website for Poker in India, and after you’ve finished learning, you can move on to simple cash games. That is how you improve at it.

To win at Poker, there is no magic trick or cheat code. Because we also started as a novice where we’ve put in a lot of practice sessions.

There are no easy streets in poker, but learning the game isn’t difficult. What you need is the right attitude and judicious use of online resources. I hope my tricks will help you in winning the battle for Series of Legends and take home a massive share of the prize pool.

See you at the tables! 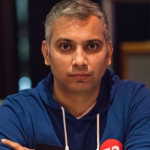 Kunal Patni – I am a banker turned Poker player from Mumbai. I have been associated with Adda52 since 2015.