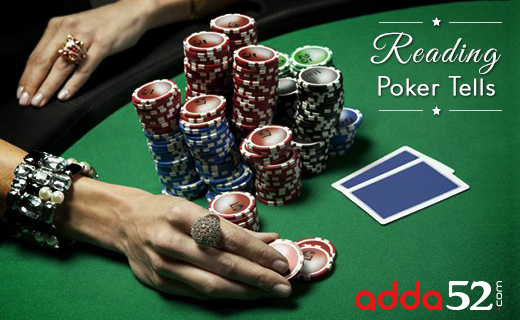 In the game of poker, it is important to master the art of poker tells. Being skilled in reading poker tells helps you to not only observe and read the behavior of your opponents, but also drives you to control your own behavior so that you don’t give out any clues even while playing online poker. Thus, poker tell is the manner in which poker player reacts when he/she is playing the hand. Such tells can be verbal like when chatting or non-verbal like the pause in decision making, and are made without any intentions, and sometimes out of purpose. So, while playing online poker games or live poker, many poker players hardly concentrate on the table. To play winning poker, you should observe and analyze your opponent’s play on the table.

Following are some ground rules that can help you in reading poker tells in both live or online tables:

So, next time you play poker, don’t forget to observe these poker tells and play the game accordingly.

Below are few more interesting topics about poker tells:-

Online Poker Tells and Spotting Them

Betting Time: Is it an Online Poker Tell?