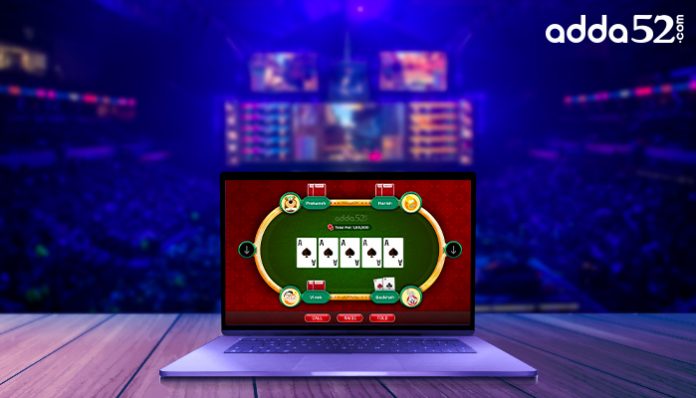 Back in the day, video games and poker were only played by a very small group of people. As a result, the overall competition was very less. However, times have changed due to the introduction of online poker with poker bonus offers and esports gaming.

Nowadays, billions of dollars are being spent not only on esports gaming but also on online money earning games like poker. And if you look closely, there are not many differences between them as well. Hence, in this comprehensive guide, we’ll be taking a look at the similarities between online poker and esports gaming.

In simple terms, esports gaming can be defined as professional gaming where various individual teams or players compete against each other for money, prizes and fame. Some of the most popular esports titles are Counter-Strike Global Offensive, Dota 2, Valorant and Fortnite.

Furthermore, various betting platforms also allow the audiences to bet on their favourite teams/players, based on which team/player is going to win the match.

When it comes to real money earning games like online poker or 3 Patti, it should be known that before the advent of the internet, poker was mainly played offline in a live format. But, the introduction of the internet increased people’s accessibility to online games and thus online poker was born.

Playing online poker is more simple than playing poker live. The primary difference is that – you don’t have to travel anywhere to play poker – because online poker can be played anywhere, anytime. All you have to do is to choose a poker platform to play in, create an account, deposit money into your account and start playing poker without any delay.

Unlike live poker, online poker has various variants to choose from – such as Texas Hold’em, 7-Card Stud, Omaha, 5-Card Draw and much more. Hence, you can play the poker variant that you want, making online poker so much more exciting & enjoyable.

Compared to real-life sports, online poker & esports are platforms where anyone has the chance to become one of the best – doesn’t matter whether you’re female/male, strong/weak or tall/short.

Both esports titles and online poker can be played anywhere you want. All you need is to have the hardware to play on and an internet connection. Even if you don’t have sufficient bankroll, you can still start playing either online poker or esports titles.

Moreover, in online poker & esports, there’s no limit as to how much you can progress in your field. The potential for improvement is limitless and the amount of skill you end up acquiring will depend on the amount of hard work that you decide to put in.

Both online poker & esports have amazing stories where players have come from humble backgrounds and made their name on the big stage.

Back in the day, when poker used to be played live only, it used to be somewhat a closed game. As a result, poker was only played among the elite people and only in specific casinos & clubs. However, with the introduction of online poker, things have changed drastically. Poker has become a global phenomenon and the game is played competitively at both online & offline premises using real money.

Similar to poker, esports also had a breakthrough where players from anywhere in the world can start playing their favourite multiplayer games and compete in tournaments for prizes.

Both online poker and esports gaming attract the younger crowd nowadays – who are not only competitive but also want to make a career out of the thing that they love doing. Besides, both of the aforementioned platforms offer a chance and a career path to great wealth & success.

Only a handful of other sports out there can compete with the cash prizes of the tournaments that are held for esports and online poker. The rising popularity of online poker & esports has attracted millions of players, which in turn has also attracted multiple sponsorships from various companies around the world (both gaming & non-gaming-related companies).

Hence, if you’re planning to earn real money in the most exciting manner possible, playing esports titles or online poker should be your goal. You can make a fantastic living out of either platform and reach newer heights.

At the end of the heyday, it can be easily concluded how online money earning games like playing rummy online or poker are so much similar to playing esports gaming titles. Both industries follow the same formula for success and no matter which path you decide to choose, you’ll be able to enjoy prosperity regardless. So, if you like to try your hand at playing online poker, don’t hesitate and join our platform today.