What Poker Players Can Learn From John Wick 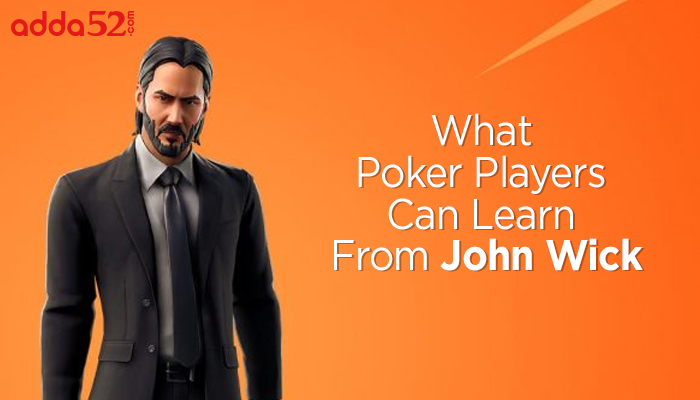 First of all, to relate a movie to something, you need to watch it first. However, in this article, we will try to explain everything in a simple way so that you can understand our point even if you have not seen the movie yet.

John Wick – the action packed movie starring Keanu Reeves- is about a retired assassin who comes out of retirement when the bad guy kills his dog and steals his Ford Mustang.

John Wick can be seen as a widely entertaining edge-of-the-seat thriller. It has enjoyed an overwhelming success which has led to a franchise of its own. We have seen 3 films coming through with the franchise.

Baba Yaga is much more than just a character, there are so many layers to him. It might sound weird, but as a Poker player, you can learn a lot of things from him (not the stunts and acrobats, obviously!). But there are some great strategy lessons to implement when you play Poker online or offline.

So, what this badass character teaches us about Poker? What traits you can learn from John Wick that you can incorporate within the game?

John Wick is back in the game! But there is a reason behind it. There’s always a reason behind everything that John Wick does, every step, and every decision of his is meant for something. In Poker as well, you can’t go through your strategies without backing it up with strong reasons. Your decision at the table must always be based on pot odds, your chip stack, table position, and your understanding of opponent’s skills and game knowledge. You must have a valid reason to take a particular risk. Failure to do so mostly have dire consequences.

Suffice to say that Poker is much more than just a game, it’s larger than life. Just like John Wick, Poker also goes through various phases, the ups and downs. If you employ patience, focus, adaptability, fearlessness, and money management skills in the game, we assure you that the victory, at the end of the day, will be all yours!