It was another thrilling Sunday on Adda52.com where Davinder Pal who plays under ‘radford’ on Adda52.com took down the Adda52 Millions title on 23rd  July after beating  the country’s acclaimed poker player  Tarun Goyal ’ aggtarun’  in heads-up. For his grand win, he won an impressive INR 390000 in the top prize money.

Devinder Pal who started his poker journey just 5 years back is one of the emerging poker players with his impressive online poker resume. He has won as well as cashed out in several prestigious online tourneys on Adda52.com. Recently, he finished as runner-up in Adda52 Millions Main Event for INR 425700. He also made it to the final table of the Millions High Roller, which will be played live soon at Deltin Royale Goa. 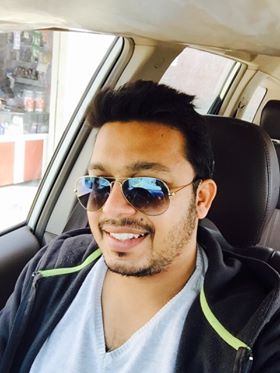 Adda52 Team talked to him about his grand win, his poker journey, future plans and much more. Here are the excerpts:

1.First of all, congratulations on winning Adda52 Millions on 23rd July. For our readers who don’t much about you, please tell us how did you start on your poker journey?

Davinder-Well, I am a poker player from Punjab. I began my poker journey about 5 years ago, but back I didn’t play poker for real money .Although I had created this Adda52 account 4 years ago, but I became active on this poker site recently recently in 2015.

2.Coming back to Adda52 Millions, how does it feel to win Add52 Millions?

Davinder-I feel highly elated after winning this prestigious tourney. This was really special one for me, as I won it against ‘aggtarun’ who is one of the finest players in India.

3.Kindly tell us what propelled you to the top in this tournament?

Davinder- I would say, it was patience that worked for me. I waited for the right cards and right spots. Also, I avoided calling all-in bets from other players, which finally paid off.

4.Any key hands and turning points in this tournament?

Davinder-Overall, I enjoyed a good run through this tournament except a hand where my K-K lost to A-5 and the player with A-5 won with a straight. Luckily, I won a big hands in the last phase of the game to become the chip lead among remaining 6 players.

5.You beat  Tarun ‘aggtarun’ Goyal in heads-up. Can you describe your heads up game play?

Davinder-Well, 'aggtarun' entered heads-up with a massive chip lead. He held 22 lacs in chips, while I began with mere 9 lacs in chips. While he was a bit defensive, I played very aggressively and won a few big hands to take the lead from him in the heads-up. There was a hand where I bet heavily and aggtarun moved all-in for around 13 lacs, which I called. I hit flush to win that hand and become the chip lead with 26 lacs in chips.

6.How much poker do play on an average?

Davinder-Generally speaking, I play online poker 8 to 9 hours per day. However, I am planning to take up poker more seriously and I hence will be devouting more time to it.

7.How do you spend your time when not playing poker?

Davinder-When I don’t play poker, I love watching movies at my home.

8.Whom do you idealize in poker, both in India and internationally?

Davinder-As such, I don’t idolize anyone, because I know only a few poker players in  poker community. However, I very impressed with ‘aggtarun’ and consider him as one of the finest players in the country. I love his style of play and hold a great respect for him.

9.What is your one poker dream you would like achieve in 2017?

Davinder-I am not planning anything big in poker, as half of the year has already passed away. However, I have this big dream of winning Adda52 Player of the Year title in 2018.