As far as we know, Tripoley started like all other variations of Rummy. Although rummy itself has a past that has been misplaced, its popularity never ceases. No matter which form of the game, there is always someone, somewhere playing a game of rummy. In 1932, a man named Stanly Hopkins invented this adaptation and distributed the game via a company called Cadaco, the company, based in Chicago Illinois. The company still exists and it has eight versions of this game under its belt.

This game can accommodate up to 9 players, it is a game played with only one deck and no jokers. The biggest difference in this game is that it requires chips like poker and a board like checkers.

Each game is only 3 rounds in length and in each round a different type of game is played. Round one is game similar to hearts, round two is poker and number three is good old fashioned classic Rummy. This is how the fame got its unique moniker.

In round one each player puts chips on a different area of the game board, the cards are dealt to all the players and you also have to deal a ‘ghost hand”; this extra hand is never looked at. The chips of each color go to the player with cards of that color.

Round two is building the best poker hand using only five cards the rest are discarded, betting ensues just like in stud poker and whoever has the best hand wins the pot.

All the cards are returned to the hand after the poker round and the rummy round begins. But unlike regular rummy the game play is as follows. The one who won the poker round lays down a card (any card), then each player in turn lays down the next card but it has to be in the same suit. This goes on until a player cannot put down a card. This will happen since there is a fourth hand that no one is playing. It also happens when an Ace is played. The play continues until someone has no cards left. If some chips remain a game of poker can settle who gets those. 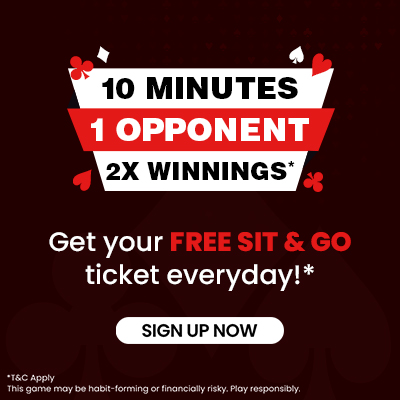