Round Up of Poker Millionaire Tour Online Season 1 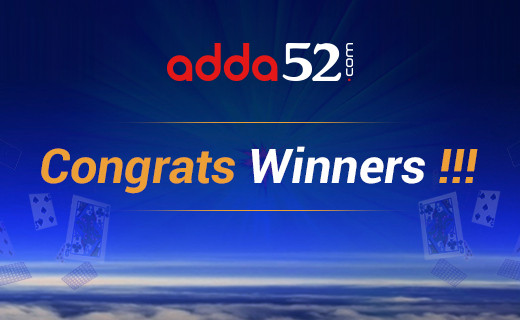 India’s largest online poker site launched an advance version of it’s biggest ever poker promotion – Poker Millionaire Tour (PMT). Thanks to the overwhelming response received in its previous editions, Adda52.com revamped the promotion and launched Poker Millionaire Tour – Online Season 1. This exquisite 6-day series took place from May 18 to May 23, 2016 where players got an opportunity to participate in four tournaments daily. Keeping in mind the poker strategy of players, these events were spaced out during the day, giving all players a shot to join the excitement. Furthermore, there were exclusive events on all six days highlighting the action.

The series kicked off with PMT Warm Up event that happened daily at 1:30 PM for a buy-in of Rs.200 and a prize pool of Rs.25000. Following are the players who made it to the top three position : 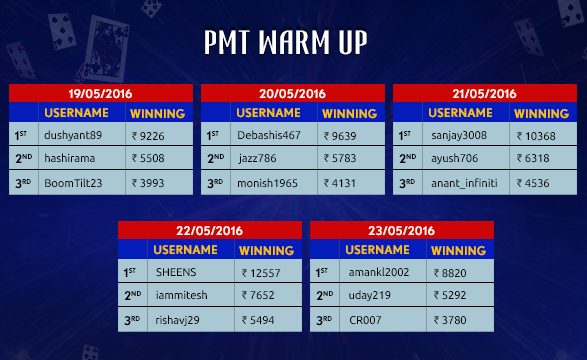 As the name suggests, PMT Afternoon event took place daily during afternoon at 4:00 PM. The tourney had a buy-in of Rs.300 and offered prize pool of Rs.30,000. 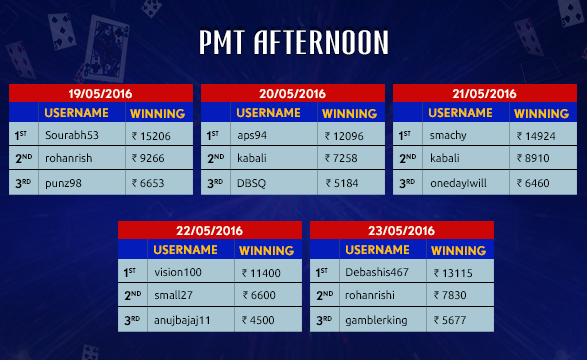 The next in the queue was PMT Aftermath that used to take place in midnight at 2:00 AM. This event was the lowest buy-in event of the series offering a prize pool of Rs. 16,000 for a buy-in of Rs.160. 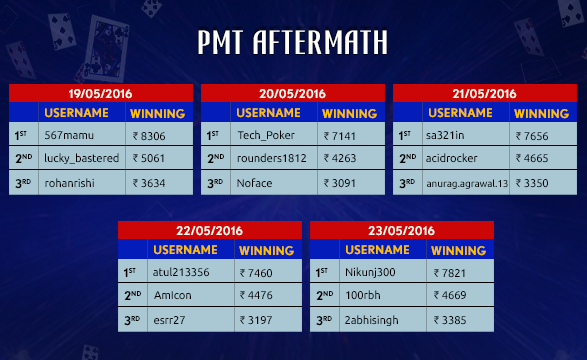 The finale event of the series PMT 6 Lac ME took place on 22nd May. The buy-in for the tournament was Rs.5500 and prize pool offered was Rs. 6,00,000. The series also hosted a special PMT Bounty event on 23rd May giving players an opportunity to knock their opponents. Here are the top 3 places of the event. 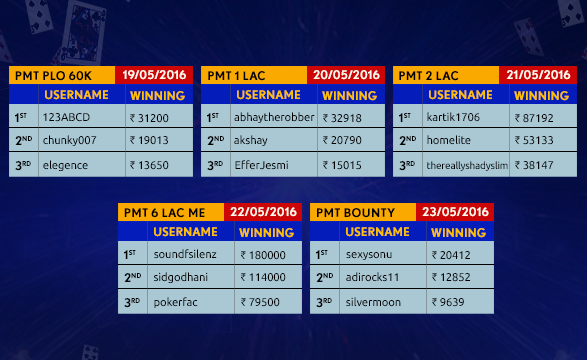 Furthermore, Indian poker players also got an opportunity to be a part of PMT Fantasy League which inspired them to make a poker fantasy team and then compete with other teams in the league for a prize of 1 Lac. Congratulations to the top 7 performing teams. 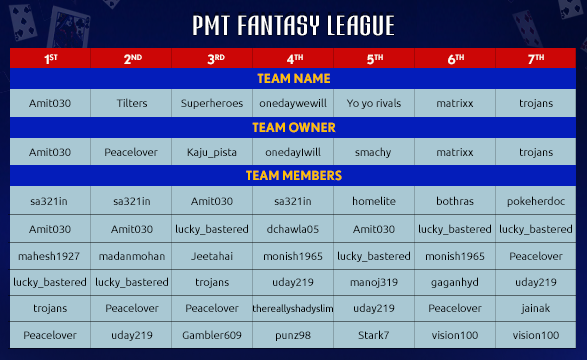 The first season of Poker Millionaire Tour Online was second to none and the credit goes to its rip-roaring opening which provided Indian poker players a ‘toss up’ to win millions of money.