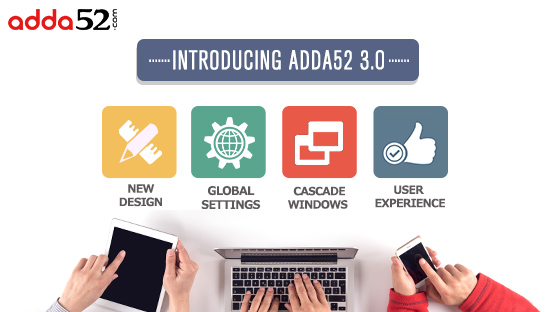 India’s largest online poker site, Adda52.com is well-known for introducing new things for better poker playing experience. From basic features for game play to advanced functionality for the sophisticated users, the site keeps updating and enhancing its software so that you can get most of your game play. Now, the poker site has introduced a yet another software upgrade enhanced with some remarkable features, including new game lobby design, cascade feature, hot Keys, loyalty points earned information and hand strength in Omaha. Here is a look at 5 most remarkable new features:

Feature 1: New Lobby Design
The latest upgrade provides a new lobby design, where the new filters allow you to access the crucial game information seamlessly. Players can quickly locate tournaments, cash games, and qualifiers for various events. In addition, they will now have options to hide tournaments that have ended and show the ones that they are currently playing. The window has been improved and will now list all tournaments in a more clear and concise manner, allowing players to select any game they wish to join in. Earlier, the game lobby featured a grey theme, but the new one sports a white theme design.

Feature 2: Cascade & Tile Feature
Multi-table game play has been improved. Whether you play 6 tables or more tables, the new software changes the way you play online poker by giving you some remarkable features. Its Cascade feature will allow to cascade all the open tables in separate windows. It also has a tile feature, which will allow to tile all open tables for better and easier game play from your mobile or desktop. Thus, the new changes are going to enhance the experience of multi-table game players who wish to tile all open tables, play multiple tournaments at a time, and toggle back and forth between the tables.

Feature 3: Hotkeys feature in Global Settings
The biggest change in Adda52.com software is the provision of Hotkeys in Global Settings. Using Hotkeys, the online poker players will now be able to pre-set their actions at the tables and play without a mouse. Now no need to use the mouse again and again- just select hotkeys to perform actions such as calling, checking, raising, betting, folding or all-in and enjoy seamless online game play.

Feature 4: Loyalty Point Information
While the earlier version of the Adda52 software had loyalty information on the website page, the latest upgraded version will provide players loyalty point information in the header of the game table itself. Yes, players will be able to know how much loyalty they have earned while playing at the game table.

Feature 5: Hand Strength in Omaha Games
To the delight of Omaha lovers, the new upgrade to its 3.0 client will also allow players to see the strength of their hands. Yes, players will now be able to determine the strength of a particular starting hand and then take the desired action to maximize their winning chances at the virtual felts. The basic idea behind this feature is to improve the game play and increase the winning probability in a hand.

This new software update ensures improvements in terms of speed, navigation and graphics. You can quickly change your password from the global settings without going to the website to change the password. Multi-table game play has been made faster and better and players will now be able to access information more easily. In addition, the list of all open tables will be in the header of the game table, and the open table button will blink whenever your turn comes on any other table.

The surprises don’t end here- the revamped software has also changed the way notes are made and saved and so players won’t lose notes even if the client is closed down in a non-conventional way. Interestingly enough, the dealer chat and other useful information have been kept in a separate pop-up. To the delight of poker players, the cards will appear in bigger size and hence they will be able to enjoy a better game play. Come and try this new version of the software to experience the truth!

Previous articleTop 5 Celebrities in India who play poker
Next article5 Reasons Why Poker Games Are Awesome on Adda52.com