All You Need to Know About Knockout Poker Tournaments 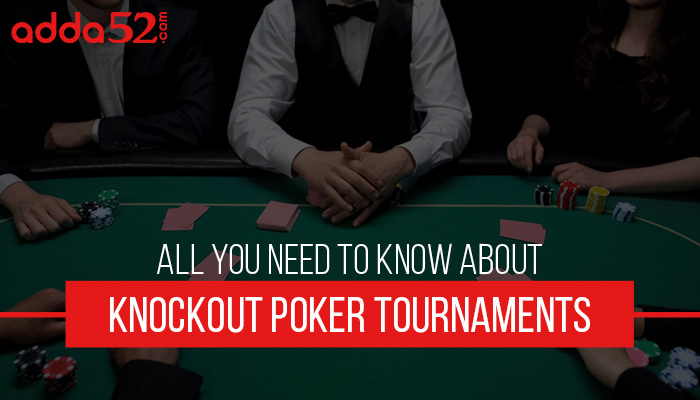 You might have played many multi-table games in poker and various formats of the game. One of them gaining player attention widely is the Knockout poker tournament. These are moderately new in the poker industry yet are rapidly turning into the most loved among poker players. It gives a chance to compete for all in a new way along with twists and energizing turns. Knockout tournaments give the chance to brilliant players to aggregate extra prizes all through the game.

There must a question popping up in your mind “What is knockout tournament”. Let’s unwrap the definition of knockout poker tournaments and understand the meaning.

Knockout Tournaments are generally a format of the poker tournaments wherein, a cash bounty is fixed on every player in the tournament. So, every time a player eliminates a player, they win a cash bounty which is fixed for every tournament! This format has an added amount called bounty along with the buy-in amount. Every time the player gets knocked out of the tournament he gives a bounty amount (Predefined by the system) in reward to the one who has knocked him out.

A knockout poker tournament is played in the same format of Texas Holdem however, varies only for the bounty factor and elimination of the players. For each player you take out of the competition, you get a foreordained reward as a prize.

The knockout poker tournament is a perfect answer for those searching “how to win cash” as the advantage here is the more players you knockout of the game, the more you collect cash.

Unlike other tournament formats, In knockout poker tournaments every player gets the opportunity to leave the table with some reward in their kitty regardless of the position they finish the game. You get an added advantage of winning cash whenever eliminating any opponent from the game. This is perfect to boost up your bankroll regardless of winning or losing the game.

So, start your journey today and play poker from any of these and grab extra cash.