Adda52 Blog
Adda52 > Blog > Poker > Poker Strategy > How to Knock out your Opponent During Heads-up Play in Online Poker Tournament?

How to Knock out your Opponent During Heads-up Play in Online Poker Tournament? 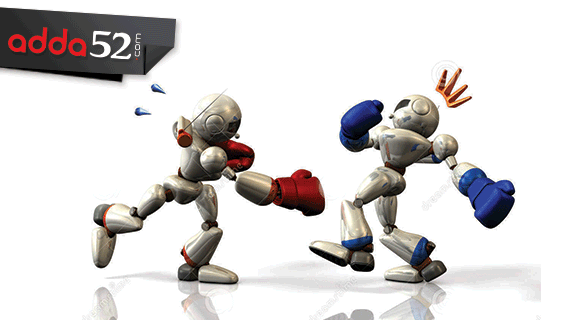 Playing Heads-up game in an online poker tournament is really fun and challenging, thanks to its purest and profitable format. Here are some tips to follow while playing against your opponent in heads-up play:

Aggressive Play
Tight play is considered the best play in many poker formats but it is regarded as the worst playing style in heads-up game. In heads-up play, you cannot wait to get paid off with strong hands. Thus, you should play aggressively if playing heads-up game in the tournament. You must post a blind every hand; even if your opponent gives you action when you are holding strong hands,, i.e., you should play many hands when you’re the button and have position on every postflop betting round. Suppose if you are holding suited connectors and mid offsuit connectors, you should always enter the pot with a raise.

Plan your Moves
It is advisable to make semi-bluff in heads-up tournament play rather than making pure bluffs on multiple streets. Further, you should play aggressively with drawing hands as it forces opponent to fold their ‘not so good’ hands. Thus, you should analyze the opportunities available to make smart and strategic moves in the game. For instance, you were dealt K-8 off suit, and raised on button. Then, your opponent calls and the flop comes A-K-Q. In this case, you should check after the flop or the turn because few players, if holding a hand worse than your 2nd pair, bet three streets on such a board.

Play your Opponent
While playing heads-up play, you should be aware of playing styles of your opponents to exploit them to the best. For example, you should play very loose-aggressive against a tight player and never bluff against a loose-passive player. Likewise, you should play poker at its best against loose-aggressive players in order to find and exploit their weaknesses when they defend with weak hands out of position. Do remember the best opponent to play against is one who is tight and passive, as it is the weakest style in heads-up play, and the tough opponent is the one who is loose-aggressive as it is the effective and challenging playing style in heads-up.

Manage your Bankroll
In the poker tournament play, a poker player should at least hold a minimum stack of 30 buy-ins for the blind level he is playing at. However, it is good to hold 50 buy-ins instead of 30 to handle the worst downturns. In the heads-up game with only two players left and 50 % of the field already paid, the game becomes less fluctuating than other poker formats. But don’t forget long downswings are possible in all game types, even in heads-up. Click to know more about building your bankroll in poker

Know Short-Stacked Strategy
While playing heads-up poker tournament, you should have an understanding of effective stacks, i.e, you should know how to play ‘short-stacked’ hands. For example, you are playing the game with $15-$30 blinds. You are a chip lead with chip stack of $2850 and your opponent holds $150. In this case, 5 BB will be the effective stack, so anything you bet beyond $150 will be a part of side pot that you will automatically win. Likewise, when you play 10 – 20 BB, you can fold against tough opponents or call with a small raise against weak opponents.