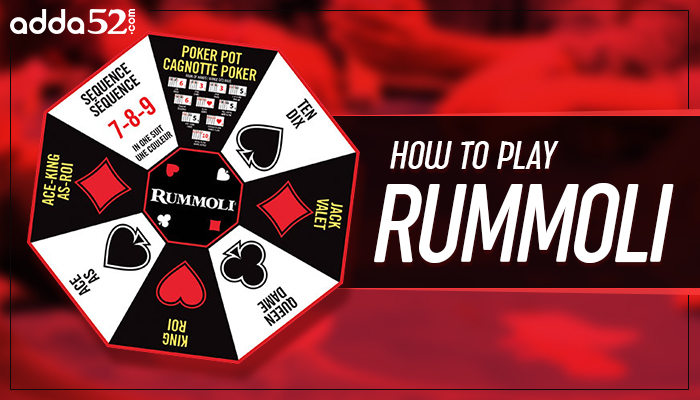 Rummoli combines the excitement of a board game with the intricate movements of a card game. It is a family game and the first step to play Rummoli is getting hold of 2 to 8 players, a standard deck of 52 cards, a Rummoli board and chips or coins. Learning how to play rummoli does not take a very long time as it is a fairly simple card game, similar to Michigan Rummy. However, the game includes poker phase which is similar to the poker game.

• The deck of cards is shuffled and cards are dealt. Before this is done, however, each player enters or places one chip on the one pot of the board. Every single card must be dealt which usually results in some players having more cards than others.

• The dealer gets certain advantages. For example, while dealing, the dealer deals an extra hand of cards called the widow hand which he can exchange with his own hand [the dealer’s hand] if he wishes so. Or else, it is auctioned and given to the player whose bid is the highest. This person then exchanges his hand for the widow hand after paying the bid to the dealer.

• The person sitting just left to the dealer will start betting. A prior limit may be set to the betting [for example, 10 chips at most or so on]. The basic rules of poker are followed in the game. Therefore one can Play Rummoli even if one has an idea of basic poker.

• If there are no more sequential cards, the player who laid the last card will now lay the lowest card of the opposite color’s suit. This continues and if a person does not have the opposite color’s card, he or she has to pay one chip into the pot. The first person to lay down all his cards wins the pot.