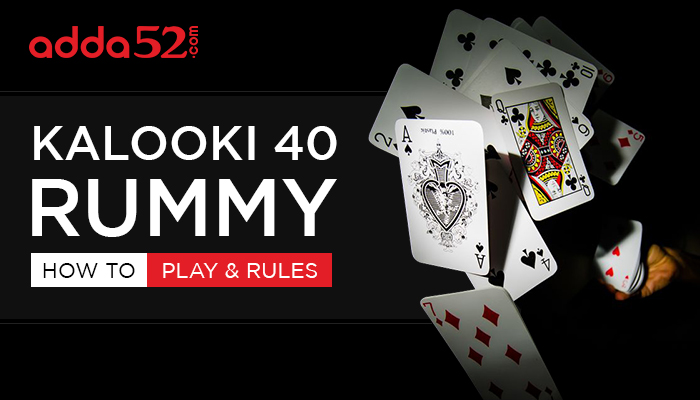 The rules of Kalooki 40, a variant of rummy card game, are not as hard as you might have thought. The game is played with 2 decks and 2 jokers. That is a total of 106 cards and from these, each player gets 13 cards. You can have up to 4 players in a game. The deal goes around and once everyone has the required number of cards, the rest are placed in the center of the game table as the stockpile. Then the dealer places one card face up to begin the discard pile. The first player to the left of the dealer begins the game by pulling a card from the stockpile or retrieving the discard card. Once he has finished the play, a card from his hand must be thrown into the discard pile.

Like all rummy games, each card has a point value. In Kalooki 40, the rules state that the jokers are valued at 25 and the Aces are 11 points the royalty cards are worth the standard 10 points and the remaining cards are counted as they are numbered.

In Kalooki 40 the rules also state that you cannot meld for the first time with a set or run that is less than 40. Also, you have to do this without using a card from the discard pile. Melding out this way is called “going Kalooki”. Now a lot of people only look at the positive side of using the jokers to replace other cards in their melds but if you do not win the game those are pretty big penalty points. When a player melds out, other players can add some of their cards to the winners meld to see if they can get lower points but if “Kalooki” is called, you are stuck with what you have in your hand.

This is only to give you a general idea of how to play the game and the rules for more fun with kalooki 40 rummy check out the tips and strategies.