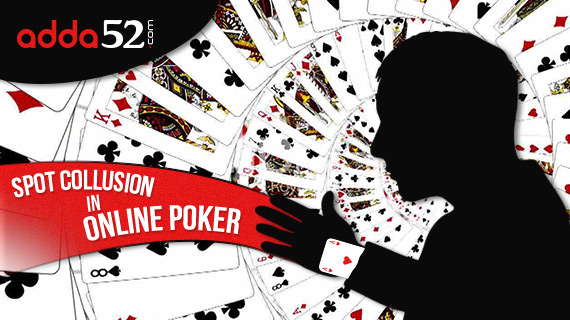 Have you anytime felt being cheated while playing online poker? Have you ever spot collusion at the poker table? Let’s start with an example here. Suppose you are playing poker on a 4-max table. Two among the six players on this table can either talk over the phone or use a chat messenger to share what cards they are holding. In this case, cheating happens in three ways.

So, the player who was being cheated usually thinks it was a bad beat. Moreover, his money would have saved if collusion was not happening on the table. Collusion can also be caught in online poker. In third example above, if Player 2 accidentally shows his cards and the player that lost with a strong hand will get suspicious after knowing that the person was raising with low hands. So, he would start observing the players very closely.

Many a times, poker players face collusion in online poker tournaments. For instance, you are playing a No Limit tournament. During the tournament, you and your best friend finally arrive at the same table and get to play a heads up match. You have got a nut hand and instead of raising you only check to him/her. Though you both are not cheating but this is considered illegal in poker tournaments. Further, other players on the table may suspect collusion thought you would be trying to save your friends chips out of friendship.

The best thing to do to prevent collusion in online poker is write to the customer support team of the poker site where you are playing. Adda52.com has always considered collusion as an unlawful activity. The site investigates such issues and take the required action when it is reported. While reporting collusion related issues, you should also mention information like User Id’s of players cheating, what table it happened at and the hand number to get it reviewed as this will help support team to watch these players and catch them while colluding. Always remember : if you report a collusion activity, any money that was wrongfully and unlawfully taken would definitely make its way back to you.