History of Texas Hold’em Poker: How It Began 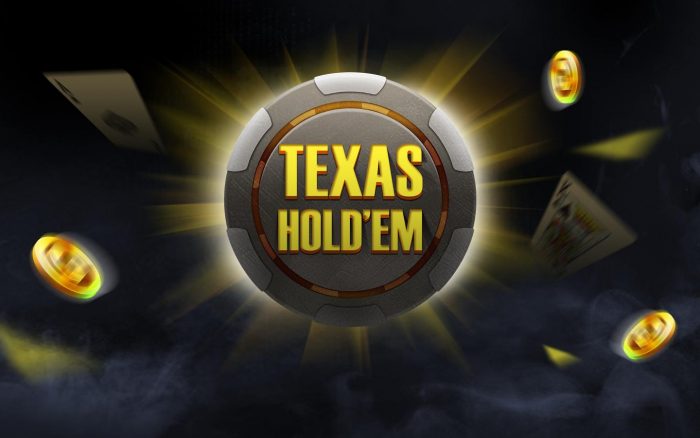 Texas Hold’em is one of the most popular poker game forms in the world but its origin is debatable. Along with the basics of how to play card games, you should also learn about the intriguing story of how it all started.

Theories vary about the origin of the words “Poker” and “Hold’em”. As per stories and legends, “poker” word came from the German word “pochen” which means “to knock”. In 1960, Life magazine published an article about variations of Poker. It mentioned one variation by the name of “Hold Me Darling” Poker. Some historians believe that Hold Me Poker later became Hold’em Poker.

Texas Hold’em game, as the name suggests, originated in Texas in the early 1900s. The Texas State Legislature officially recognizes Robstown City as the game’s original place of origin.

Here are some interesting things about the card game –

Before Texas Holdem, draw and stud games were dominating Las Vegas card rooms. In 1963, this card game was introduced at the California Club, Las Vegas by professional poker player Corky McCorquodale. There is another interesting story about traveling card players from Texas – Doyle Brunson, Crandell Addington, and Amarillo Slim, and others who began playing Texas Hold’em regularly in Las Vegas. It is said that they changed “ace high” in the present form where aces are low.

The Golden Nugget Casino in Downtown Vegas was the only venue offering the game at that time. But due to the casino’s location and lackluster decor, the footfall of high-stakes players was very low. Professional players were looking for a more convenient place to put their money into the game.

In 1969, The Dune Casino at the Las Vegas Strip hosted Texas Hold’em tournament in its lobby. The move proved to be extremely successful in capturing the attention of Las Vegas high rollers and the popularity of the game started to spread like wildfire. People started showing their enthusiasm to learn Poker and join the money tables.

In 1970, casino magnate Benny Binion opened the Horseshoe Hotel and Casino in Las Vegas. Benny and his son Jack acquired the rights to Tom Moore’s Gambling Fraternity Convention, changed its name to World Series of Poker (WSOP), and moved the tournament series to their own casino. The series included cash games in Five-card stud, Razz, Seven-card stud, Deuce to seven low-ball draw, and Texas Hold’em formats.

A journalist Tom Thackrey suggested the Binions to host the Main Event in No Limit Texas Hold’em format. Since then, the WSOP Main Event is played in NLH format only. Only eight players participated in the 1972 Main Event. In 1982, the number grew to more than 100 registrants and in 1991, the number jumped to over 200. Over time, the event grew bigger and bigger in terms of structure, number of events, and the number of attendees and ultimately became the largest poker tournament series in the world. Poker players from across the globe compete in the WSOP events every year for the gigantic monetary prizes and coveted bracelets.

In the 1980s, several of California’s legal poker rooms started hosting the game. Irish bookmakers Terry Rogers and Liam Flood got to know about the game on a trip to Las Vegas and after returning to their home country, created the Irish Poker Open – the second longest-running international poker tournament after WSOP Main Event.

In 1973, CBC sports televised the final table of the WSOP main event for the first time in the form of a documentary. Pocket Cams were invented in 1997 which provided TV viewers with the facility to see a player’s face-down cards. Movies like Maverick (1994) and Rounders (1998) also helped fuel the popularity of Poker game and propelled it into the pop culture scene.

In 2002, television producer Steven Lipscomb started World Poker Tour (WPT) – an internationally televised poker tournament series that broadcast in over 150 countries. The first season of WPT aired in America on the Travel channel in 2003. The same year, an unknown amateur poker player Tour Chris Moneymaker earned a seat in the WSOP Main Event by winning a $38 buy-in online satellite. He went on to win the Main Event and took home the top prize worth $2.5 Million. His unexpected victory inspired fans from all over the world to consider pursuing playing the game professionally.

You too can participate in Poker online cash games on Adda52 and take home fabulous prizes. Log in to your account right now to enter the fascinating world of Poker games.

How to Play Texas Hold’em Poker?

How to win in Texas Hold’em Poker Cash Game ?