How to Play Michigan Rummy – The Game, The Rules 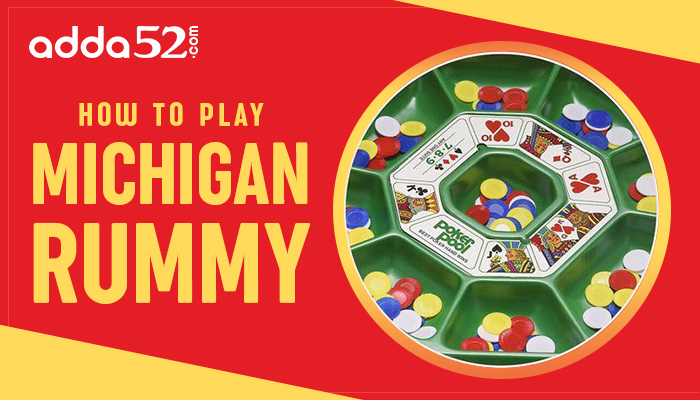 Michigan rummy which is also known as Boodle is a very popular card game. One of the most frequently asked questions is many people don’t know how to play Michigan Rummy as they tend to confuse it’s rules with the rules of other card games style like Tripoley or 3 in 1.

Players and Requirements
For Michigan Rummy, players can range from three to eight. You have to understand the objective of this game which is to do away with all your cards and collect the maximum number of chips in each hand. There are three stages in each hand – Michigan, Poker and Hearts. A game tray made of plastic and of size 14” is required. The tray should have nine compartments, a standard pack of 52 cards and ninety six pieces of betting chips.

Starting the Deal
The player who draws the card with the highest value gets to deal. While the other players can start playing by placing one chip each in the nine compartments, the dealer has the advantage of placing 2 chips in each. The dealer starts by dealing out cards to the players from his left. The dealer can exchange dummy hand with his own, in case the dealer has no bonus cards. In fact, the dummy hand can also be sold off to another player without bonus points. In that case, the dealer gets hold of the extra chips that are paid by the highest bidder.

Playing the actual Game
The player to the left of the dealer starts the game by playing his lowest card. one who has the immediate higher value of same suit card gets to play it. This will continue until an ace or dummy hand’s card ends the suit. The last player then starts a new series by playing any suit’s lowest card. The new suit, however, has to be of the opposite color.

Benefits and Penalties
Any player can gain all the chips in a specified compartment by playing a money card at the right time. However, if a player starts by not playing the lowest card or if he fails to play the card at the required time thus breaking a sequence, he is subjected to penalties. It is an interesting card game. All you need is just to have a clear idea about the rules of Michigan Rummy before one starts a deal.

Previous articlePopular Card Games in India – Know it before you play!
Next articleHow to Play Rummoli