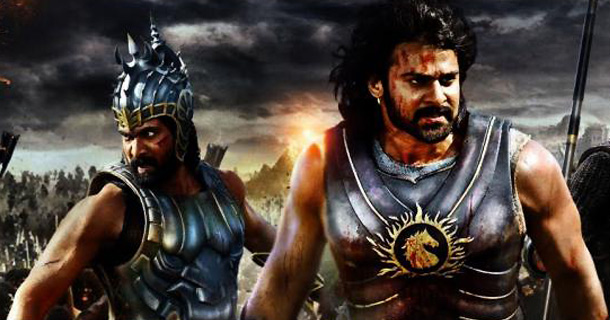 The highly anticipated Bahubali 2 is already in cinemas and has made a grand opening by breaking all records set by previous Indian films. It has become the first Indian movie to globally gross in excess of Rs. 500 crores in just 3 days. It is for sure the epic film of the year with stunning visual effects, brave stunts, superb dialogues and wonderful acting by the lead stars Prabhas and Anushka Shetty. The movie is not just a fantasy piece of history but it also offers some fantastic life lessons for poker players. Right from the beginning to the conclusion of this blockbuster, there is a lot to learn for us. Let us have a quick look at what exactly the film Bahubali 2 teaches poker players across the world:

1.Creativity & Out of Box Thinking Win the Game

In Bahubali 2, Bahubali has to battle a big army with limited resources, so he thinks a lot and then comes out with a unique solution to defeat a big army by using combination of fire, animals and water. Though Bahubali has limited resources, he is creative enough to take his limited resources as an opportunity rather than an excuse and thinks of out of box ideas to succeed. Similarly, in poker, it is not necessary to be the chip lead at the table. You can still win the game with limited chips if you are innovative enough and can think of some brilliant ideas to trap and defeat your opponents at the table. Innovation and out of the box thinking are the best ways to compete and beat your opponents.

Kalakeya, the opponent of Mahishmati is extremely cruel. He is known for his big army, which is four times bigger in size than Mahishmati’s. The leaders from Mahishmati are well-aware of this, but instead of becoming fearful, they decide to stand bold and brave against their enemy. They devote some time to read and understand their opponents by having a close watch on their opponent’s strengths, weaknesses, actions and plans and finally plan things to defeat Kalakeya’s army. Similarly, in poker, reading your opponents is the key to success. As a poker player, you have to read the actions of your opponents at the table and plan right actions ahead to eventually turn the game your way.

3.Have Patience to Turn Things Your Way

In Bahubali 2, Devasena never loses hope and patience, though she does not even know if her son is alive or not, but she still waits for him for 25 years despite all odds and troubles coming her way. Finally, one moment after 25 years, she realizes that her hope becoming true is worth all the wait and patience. Devasena keeps collecting the wooden sticks to kill Bhallaldeva someday despite all troubles. Interestingly, her efforts never end until she achieves what she wants. In poker also, patience & wait play a crucial role. You should have patience for the right cards and opportunities to succeed in poker.

4.Always Be Aggressive in Certain Situations

Aggression is the key in certain situations. Yeah, there are certainly times when you cannot do without aggression. In the movie, Bahubali infuses aggression in his army and asks his soldiers to be fearless to fight and win against the opponents. The same applies in poker as well. There are certain points in the skill game of poker when you have to be aggressive and fearless, especially when you know that you have winning cards. Yes, if you have the winning cards and the situation demands aggression, you should play aggressively by raising and re-raising, as it can help to win big in poker.

5.Learn from Past Mistakes to Succeed

In the movie, Bahubali loses in the early phases of battles though, but he comes out with some winning strategies and improves his battle styles to eventually win the war. The great lesson for poker players is that mistakes are a part of every game, it is how well you recover from mistakes and that is what makes you successful. Every player makes mistakes but successful players hardly repeat them again

6.Avoid Greed to Win the Game

In Bahubali 2, Bhallaldeva is too greedy to achieve the throne. He feels jealous with Bahubali who not only becomes the king, but also wins the love of his people. Also, Bahubali is loved and liked by the beautiful princess Devsena. The anger and enmity of Bhallaldeva fuels more when he marries Devsena. In the same way, in poker, don’t be too greedy to steal or win a big pot unless you have winning cards. Don’t be jealous just because your opponents are winning big pots and you are not winning the one. Rather, have patience and wait for the right opportunities to win big hands.