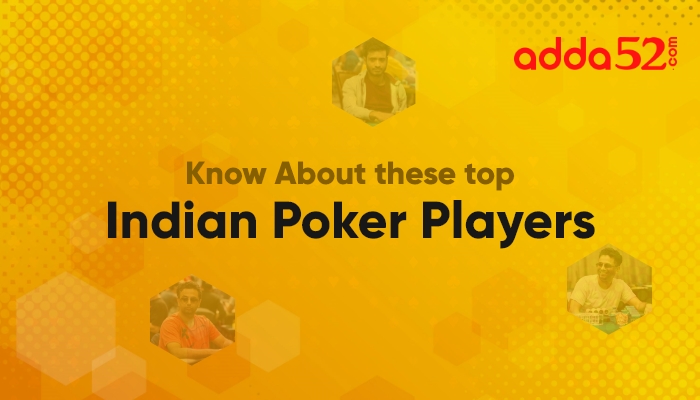 Poker, a game of skill, is played to experience the much-needed thrill as well as to win massive cash prizes. Poker players compete against each other in a competitive gaming environment at a frantic pace to out-innovate each other. There are a bunch of talented Indian poker players that have outshined in the word of poker and emerged out as real heroes. From the skills they apply to the strategies they devise, all the efforts they put during the game are worth applauding.

In this article, we will talk about those pioneers who have been exhibiting extraordinary poker skills and stealing all the limelight from their counterparts:

If you are excited to read about the talented players and wishing to start your poker journey, you can start with practice games to train yourself, understand the key aspects, and switch to a cash poker table. Play online at Adda52 to boost your skills and win big with cash games and tourneys.