Player of the Year Leaderboard 2016 is here 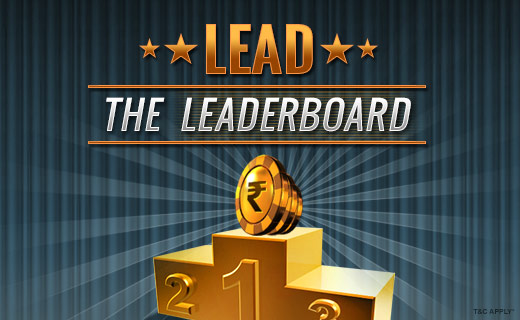 After Fly to Vegas Promotion and Deltin Poker Tournament, India’s largest poker site has launched its Player of the Year Leaderboard 2016, offering Indian poker players a chance to win upto 40 Lacs. The 2016 Player of the Year (POY) Leaderboard Series will run from January’16 to December’16 and will award 10 of the finest poker players a slice of a whopping prize money of Rs 40 Lacs.

To top the leaderboard, all the registered players of Adda52.com will have to earn points by competing in the top-drawer poker tournaments running on the site. The winner will of this series will get once-in-a-lifetime chance to be a part of Indian poker history by getting his/her name engraved on the sparkling POY trophy.

The following tournaments are part of the Player of the Year and will count towards the 2016 POY Leaderboard:

Each of these tournaments will reap separate points for the online poker players and the concluding POY leaderboard will display the total of all these points. The poker site may include new tournaments later in the leaderboard thereby yielding extra shots for the participants to be a part of the POY race. So, the player who would be a consistent performer, has a good grasp of poker strategy and has the highest value over the course of a season will be identified as the Player of the Year. The points earned by the poker players will be based on the following formula:

Further, players will have an option to access the leaderboard anytime from the game lobby where they can check out the points earned in each tourney along with their overall ranking in the POY race. The leaderboard will also display the top 10 ranking players, and this list will get updated after completion of every tournament indexed under the POY race. And, at the end of year in December 2016, the player leading the leaderboard will be bestowed with Rs 10 Lacs and the remaining 9 players will share the 30 Lacs in prize money.

The 2016 Player of the Year Leaderboard by Adda52.com will indulge the players of all skill levels and all bankrolls. So, get ready to play online poker and leave your mark on the game and be the part of history