Types of Poker Players – Which One are You 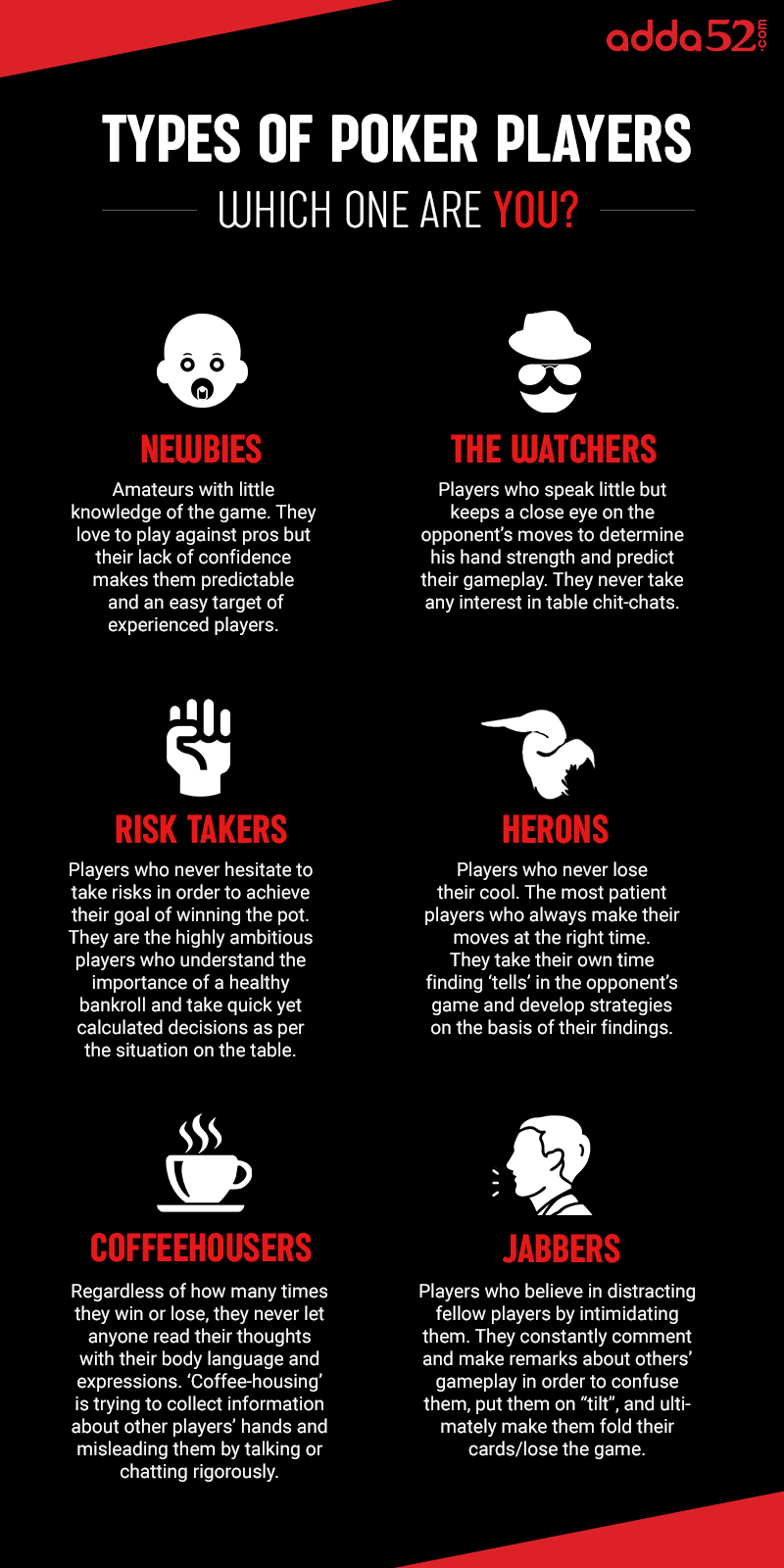 Other than the players’ style of play, you can also categorize them on the basis of their behavior, habits, and tendencies. Your understanding of your opponent’s personality helps you read their psychology, find their strengths and weaknesses, and develop the best strategy to beat them and win the pot. Here are the most common types of players you can find at a poker game table.

Amateurs with little knowledge of the game. They love to play against pros but their lack of confidence makes them predictable and an easy target of experienced players.

Players who speak little but keeps a close eye on the opponent’s moves to determine his hand strength and predict their gameplay. They never take any interest in table chit-chats.

Players who never hesitate to take risks in order to achieve their goal of winning the pot. They are the highly ambitious players who understand the importance of a healthy bankroll and take quick yet calculated decisions as per the situation on the table.

Players who never lose their cool. The most patient players who always make their moves at the right time. They take their own time finding ‘tells’ in the opponent’s game and develop strategies on the basis of their findings.

Regardless of how many times they win or lose, they never let anyone read their thoughts with their body language and expressions. ‘Coffee-housing’ is trying to collect information about other players’ hands and misleading them by talking or chatting rigorously.

Players who believe in distracting fellow players by intimidating them. They constantly comment and make remarks about others’ gameplay in order to confuse them, put them on “tilt”, and ultimately make them fold their cards/lose the game.