Use Your Hand Range To Win At A Poker Table 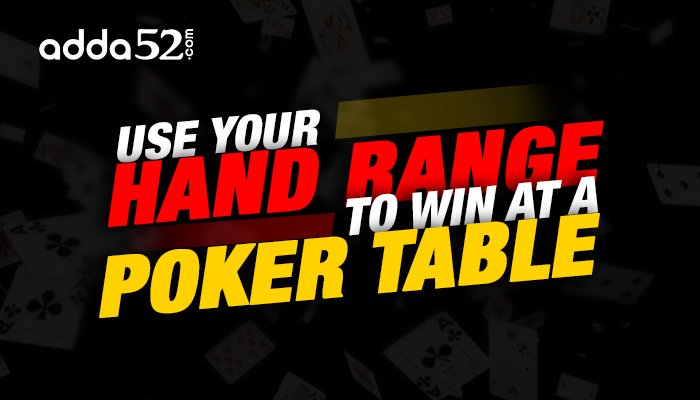 In poker card games online, hand ranges play an important part in determining the outcome of a game. Poker is a skill-based game with a wide range of possible outcomes. The game begins with partial information on which to act and progresses to complete information until the final round. You can see your hole cards and use probability to estimate your situation in the round, but you can’t see your opponent’s cards. In online multiplayer games like Poker, the winner and best decision-maker are the ones who understand how to balance their opening hand ranges and allocate the ranges to the opponents.

What is a Range in Poker?

Let’s start with a basic understanding of the idea of the range in poker. In poker, a range is defined as a group of hands that you or an opponent may have in a given situation. The hand ranges evolve as the game progresses and the position you hold at the table changes. During the game, three-hand ranges emerge as follows:

This is a broad classification of hand ranges, regardless of your position or that of your opponent, the number of players in the game, or the players’ playing patterns. This is crucial for the game to begin.

As a result, rather than remembering just one hand, such as J10, you might recall a few others in the vicinity. For example, a broad variety of hands – Q9s, K9s, J9s, and so on – is crucial. The range is an example of such a concept in poker. Consider your hand ranges to have a better understanding of your opponent’s hand situation and likelihood. It’s critical to understand your opponent’s possession options in the game.

It’s vital to put your opponents in difficult situations by increasing your range as much as possible in the strategy games such as Poker. This may be accomplished by performing a big portion of your repertoire consistently. Learn from the mistakes that new players make, as detailed here, and you’ll be a Poker Pro in no time.

Also, when putting the opponent on the Hand range, there are three important areas where a player should behave smartly:

When you’re playing for big stakes and against a difficult opponent, though, the principle of putting your opponent on a range and disguising your range becomes crucial. So, Just download poker or any such online multiplayer games on your mobile and start putting your opponents on a hand rage and win the game.