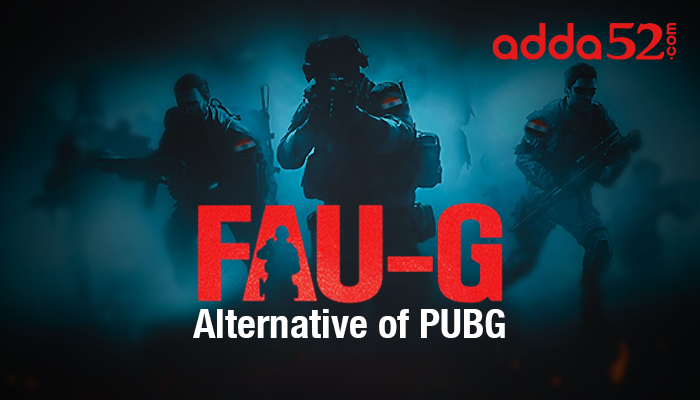 The Soaring Popularity of Online Games

Playing online games is one of the best ways to relieve stress and maintain mental well-being. Initially, people were apprehensive about the efficiency and quality of online games. Most of them felt that online gaming would be just a fad. But the advancement of technology proved them wrong as it bridged the gap between online and offline games. Not too many years ago, players had to look for like-minded people around them or search for live gaming rooms to play their favorite games. Now, the internet has made it possible for everyone to avoid the hassles of playing offline. All you need is an internet-enabled smart device to enter the mesmerizing world of online games through your smartphones anytime we want from the comfort of your home.

Due to the growing competition in the online gaming industry, gaming companies are leaving no stone unturned to attract maximum players by providing them a high-quality playing experience and making the platforms as user-friendly as possible. Every day more and more people are turning to online gaming to experience the bucket-loads of fun it offers.

Players from all over the country are participating in online games regularly to entertain themselves as well as to make good profits. There is no need to be concerned about the privacy and security of your personal information anymore when you make financial transactions to play real money games online. Most gaming platforms adhere to strict security measures to protect players’ details from cyber attacks.

With time, the games have become more realistic, more interactive, and more diverse. Although there are countless games available on the internet, only some of them successfully managed to steal the heart of the gaming enthusiasts in India before their official launch. The game which we are all set and ready to welcome this year is none other than – FAU-G.

The upcoming Indian Battle Royale Game – FAU-G (Fearless And United: Guards) – is a tribute to salute the contribution of heroes of our soil and honor the spirit of patriotism. The game is all set to hit the market soon and everybody from teenagers to adults is going crazy to know each and every detail about it.

Bollywood actor Akshay Kumar unveiled the trailer of the game on the auspicious day of Dussehra this year. As per the speculations, the much-awaited game will be set in the backdrop of skirmishes between Indian and Chinese armies in the Galwan Valley. The virtual FAU-G commandos will be seen dealing with various domestic and international threats. It is also told that 20% of the total revenue generated from the game will be donated to the “Bharat Ke Veer” Trust”. The trust was formed to support the families of armed forces martyrs. The third-person shooting game is going to be released for both Android and iOS users. It has been developed by nCore Games, a Bengaluru-based game developing company. The game is now available on Google Play Store for pre-registration. People who pre-register will receive a phone notification when the game is available for download.

After the ban on PUBG (PlayerUnknown’s Battlegrounds) mobile in India, people are looking towards FAU-G as an alternative to this highly popular Battle Royale game. It is expected to enjoy similar popularity among the gaming communities and taking over the gaming world.

Many people believe that PUBG game helped greatly in cultivating the gaming culture in the country. Everyone has high hopes for FAU-G and feels that it will fill the void in the industry created by the PUBG ban and become the leader by surpassing the competitors.

We Indians are famous world-wide for having great enthusiasm in our veins to achieve victory. Whether it is an interview, skill test, or sports, Indians love to take challenges and utterly believe in healthy competition. FAU-G game can be a great opportunity for Indian players to exhibit their passion and determination and showcase their extraordinary playing skills and knowledge.

Patriotism is all about support and love for your country. The ‘Bravehearts’ who serve in the security forces demonstrating their allegiance, values, and loyalty are the best examples of patriotism. Although they come from all walks of life (color, gender, or religious beliefs), they are devoted to the country and have a strong desire of defending it in challenging times. Their unquestionable respect and love for the nation make them the real heroes.

It is the responsibility of every citizen to help the nation live up to the highest values. Games bind us together. FAU-G has been announced in support of the digital ‘Aatamnirbhar’ movement of Prime Minister Narendra Modi. It is the best opportunity for everyone to stand together and root for the game that highlights the contribution of Indian soldiers. The clashes in the Galwan Valley between the forces along the LAC (line of actual control) claimed the lives of 20 Indian soldiers. By playing this patriotic game, players can express their gratitude towards those soldiers’ noble spirit of sacrifice and service.

The unprecedented success of PUBG Mobile in India

PUBG mobile was one of the most popular multiplayer games in India with the highest number of active players. Even in terms of revenues, PUBG mobile was at the top position among all mobile games in the country. It is a survival game in which the players have to survive on a virtual island that has been abandoned by its inhabitants. They need to find the way out by killing the enemies. The gameplay is all about finding supplies, vehicles, and different weapons. Every participant has to look for useful things in his path to pick up. There is a weight limit, so the player has to choose which items to keep and which to avoid. To win, the player has to eliminate the competition and survive till the end. The last guy standing gets the ‘Chicken Dinner’. The highly realistic environment, big scenic maps, and the cleverly-designed weapons made the game popular among the thrill-enthusiasts of all ages and keep them coming back for more. The game also provides players the option to create their own avatars and change their appearance. Another major reason behind the popularity of the game is the option to chat and team-up with other players while playing. You can experience the adventures of exploring the island with your friends and workmates. The game is free to download. Also, it can be played in first person or third person mode. The game is available to play on several platforms such as PC, Android, iOS, and Xbox.

The PC version of the game was developed by PUBG Corporation under a Korean company. The mobile version was developed by Tencent games, one of China’s biggest gaming companies. As per some reports, the game had been downloaded over 200 million times in the country. In 2019, Gujarat became the first state which banned the game over concerns about the role of the addictive game in galvanizing the young generation towards violence. In September this year, due to national security issues and the growing tensions with China, the IT Ministry banned the mobile and Lite versions of the game along with 117 other Chinese apps. It is also removed from the Play Store. Both of the versions had more than 50 million users in the country. PUBG Corporation is soon going to make a comeback with the launch of PUBG Mobile India, a special version of the game, in the country. The new avatar will be different from the banned version as it is developed keeping the community guidelines, local laws, and interests of Indians in mind.

Why Battle Royale Games Are a Cultural Phenomenon?

Battle Royale is one of the most popular genres of online games worldwide. The adrenaline-rush of fighting other combatants for survival and becoming the last man standing cannot be described in words. Although the games are easy to play, earning proficiency requires practice. These are games of strategy and skills. The more you play, the better player you become. The players have to compete with each other for resources and to stay alive in the battleground. Earlier, the games were available to play on PCs only. With time, people started playing them on gaming consoles. Now, due to the advancement of technology, the games can be played easily on Android and iOS devices. All you need to do is tap the icon of the game app on the screen of your smart device to access the games. There are lots of games that come under the Battle Royale category. Some of the most popular of them are as follows –

Playing games is not just a source of entertainment anymore. Players can participate in online games and win fabulous rewards utilizing their knowledge and skills. Playing in professional live or online tournaments and leagues is also a great way of showcasing your talent and generating income. Many players live-stream their game on YouTube or Twice regularly and earn big bucks with it.

The easy availability and accessibility of the internet and smart devices are the top reasons behind the popularity of online games in India. Due to around-the-clock game availability, players can enjoy their favorite games anytime and from anywhere. The strategy games which are giving stiff competition to Battle Royale games are none other than card games. The fun, thrill and massive prizes- these games offer you everything you love to play for. Poker is a well-known skill-based card game that gives players the opportunity to challenge and improve their mental skills such as focus, patience, and analytical thinking. Also, Poker games are free to join. All you need to do is choose a username and password to create an online account on the Poker site. Once your details (phone number and email ID) are verified, you can access the real stake games anytime to compete against other players and win mind-blowing rewards. Playing on a private Poker table is a great way of practicing your skills and earning bragging rights among your friends.

What You Can Win By Playing Real Money Games Online?

Some of the most popular variations of Poker games are –

It’s time for the tech-savvy youth to learn about the selfless sacrifices of our soldiers. It’s time for the innovative and compassionate individuals to try the Battle Royale Game developed in the country. We believe that FAU-G is the perfect alternative to PUBG mobile and is surely going to make a cultural splash in the country.