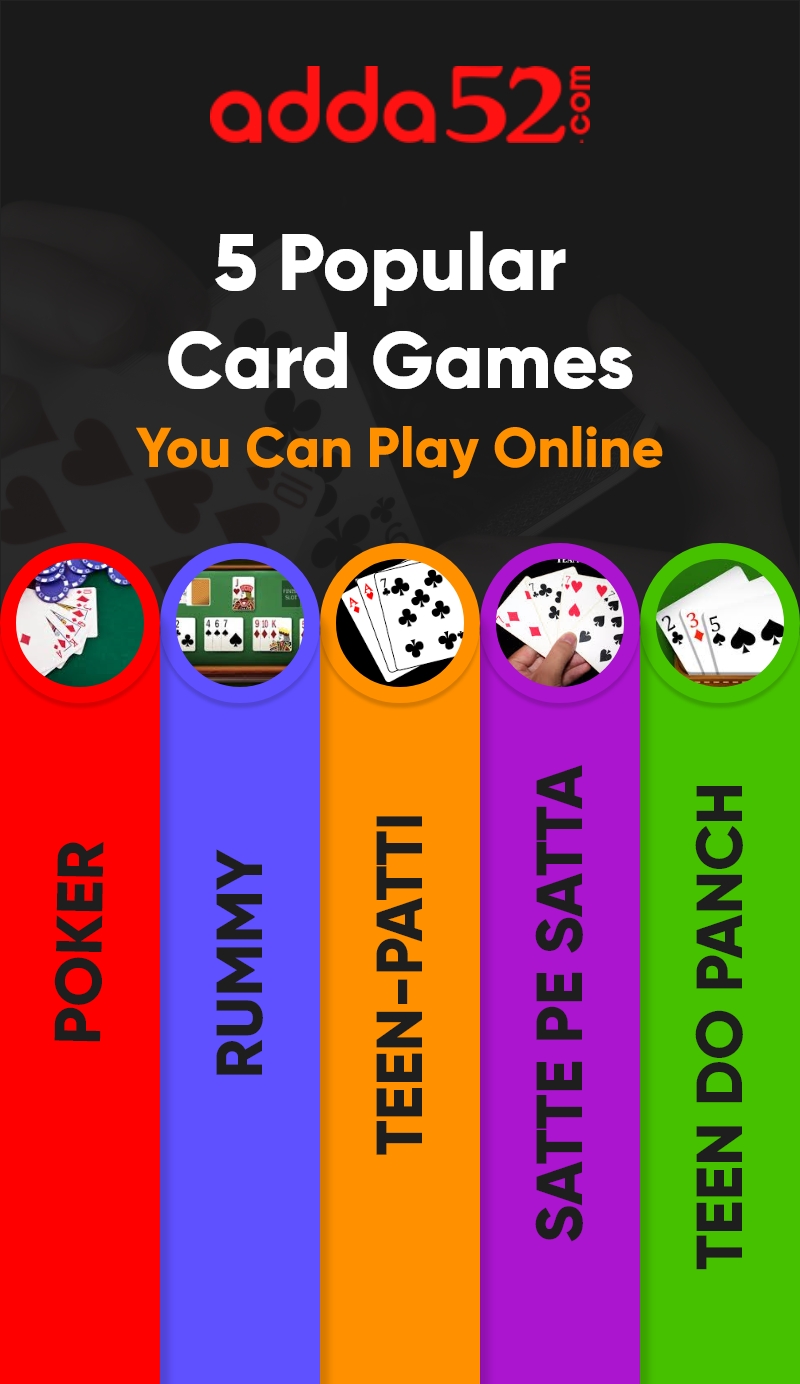 Here are the top 5 card games played in India.

A massively popular card game in the world that offers the much-needed adrenaline rush to the players. Players play this game to push their mental capabilities, learn planning and strategizing, and quick-fire statistics to strike a winning poker sequence Some popular and interesting variants of this card game are Texas Hold’em, Omaha Holdem, Razz, Seven-Card Stud, Crazy Pineapple, and much more.

It is one of the revered games of mental skills where players meld their cards into sets and sequences for a valid declaration. Some of the popular variants are 13 Card Rummy, 21 Card Rummy, Canasta, Gin Rummy, and much more. Just like poker, this game also challenges the mathematical and analytical abilities of the players.

It is also one of the celebrated card games in India with a famous Bollywood film named after it. The fun part is unlimited players can play this game with multiple decks. The ultimate objective of the game is laying a card that can potentially block the chance of fellow opponents to lay their cards.

This card game is played with 3 players and 30 cards (from a standard deck of 52 cards). It is a fun game that you can play with your family and no betting is involved. At the beginning of the game, three cards are laid out i.e. 3, 2, 5 ranked cards, and picked by each player to determine the dealer and how many tricks each player needs to win the game.