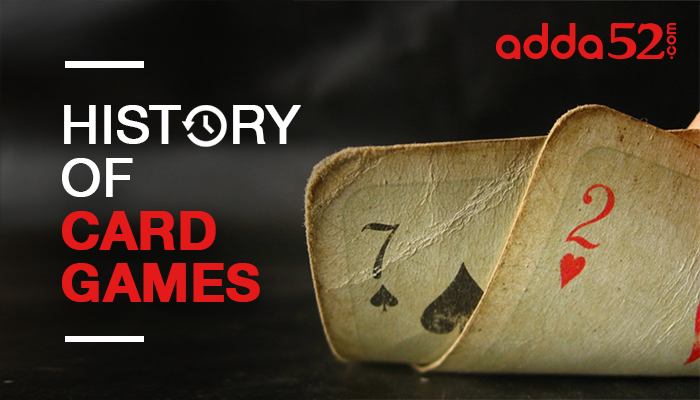 The origin of card games can be traced to ancient times. For many years, the debate over the history of cards has been going on among historians worldwide. The Chinese claim that they have given card games recognition, whereas the Britishers claim their original registration over this wonderful and entertaining game. The French affirm the normalization of ‘carte à jouer’ and its precursor, the tarot.

Card games are played differently in every country. The decks of cards have several unique peculiarities in it. Not only the color and design of the cards keep changing with time, but the names of games also changed according to the whims and fancies of the players.

The Chinese Version of Cards

In the 10th Century, tiles with marks or cards were made out of paper with various marks on it in China. These tiles looked like dominoes and had coins drawn on them. However, this gradually lost its significance with changing times.

The European Version of Cards

Closer to the advanced playing card decks were the ones found in Europe during the thirteenth century. Suits were symbolized by Cups, Coins, Swords, and Sticks. Batons was also a very popular kind of card game played in European nations.

Europeans were the first to utilize individuals as images, with playable six cards rather than four (as used by the Chinese). But these kinds of games and decks of cards were available only for the higher strata of society. As this was a unique set of a deck of cards, it was made with wooden and ivory tiles. Because it was uniquely made, it was only available for the riches. Later on, as and when it was mass-produced, it became available for all.

The French Version of Cards

The French were the ones who introduced the advanced suits of cards to the world. The suits are called Trefels (Clubs), Carreaux (Diamonds), cœurs (Hearts), and Piques (Spades) in French. Some new adaptations were made into the formats for the cutting edge playing decks. Nonetheless, it was not until the eighteenth century that the current design of the deck was made, except for the adjusted corners.

The German Version of Cards

The development of the German version of card games happened way back in the mid-fifteenth century. There was an overall change in the creation of cards and the invention of new games. Cards were initially made by stencils on wooden blocks. However, with time, the cards changed and so did the prints on them. The German terms for Spades, Hearts, Diamonds, and Clubs are Pique, Coeur, Carreau, and Trèfle.

The U.S Version of Cards

The Americans, for quite a while, were dependent on imports from England to satisfy the need for playing a game of cards. Because of the overall population’s inclination for merchandise of English root, some American producers even printed “London” on their Ace of Spades, to guarantee business achievement!

The most significant contribution of the United States to card games is the modernization of Joker cards. Later on, a variety of Poker games were played publically in live gaming rooms and at various major events.

The Changes Made In The Deck of Cards

The designs of cards are considered as creativity at the next level. Now, in the 21st century, people are well aware of playing card games all across the globe. The only difference is the playing card names that kept changing. The most popular variants of card games are Poker, Rummy, and 3 Patti.

Deck of cards/game of cards initially was developed during the 1400s, with King, Queen, Knight, and Jack turning out to be staples. Printed cards like the Joker and various numbers represented a deck of cards was used. This deck was utilized to play various types of games.

A deck of 52 cards, separated into four suits, each containing 13 positions. Each card is exceptionally recognizable by its suit and rank.

A standard deck has two black and two red suits—to be specific Spades, Clubs, Hearts, and Diamonds. The word ‘Spade’ most likely originated from the Spanish word ‘Spado’ (“blade”), while the Club is an interpretation of ‘Basto’, inferring that Spanish suits were utilized in England before the French ones were developed.

Standard decks contain two extra printed cards, which are called Joker. These cards are not associated with any suits or ranks. Scarcely any game utilizes them, and those that do, use them in various manners. Joker cards were invented to replace the blank card as the highest trump ‘top bower’ card in a trick-taking game called ‘Euchre’. Later it was added to the modern deck of cards to be used as a “wild” card or a replacement of other cards.

Recognition that Card Games have received

Various innovations have been made in playing card games. Besides the adults, you can also find the kids’ version of the game in the history of cards. Indeed, even children, when given a deck of playing a game of cards, can think of their own game and their own standards and rules.

Cards soon became a staple game in most parts of the world. Another reason for its growing popularity was the option to involve multiplayer players. Unlike Chess, the game can be played easily between 2 to 9 participants. The players could increase the number of bets if the players increased at any point during the game. Gradually, people worldwide started playing the game with real stakes and bet on various things. This became the highlight of the game and customary as well with changing times. Ladies would barter for paintings and writings and books while placing their bets during a game.

Technological advancement has allowed people to enjoy different variations of card games from the comfort of their homes. You can even make good profits by participating in real money earning games online. Skill-based games like Poker and Rummy provide players unlimited opportunities to showcase their talent and generative income in their free time. The real cash tables are available around the clock online. You can create an account on Adda52 for free to access the Ring games, SnGs, Multi-table tournaments, and Freeroll tables whenever you want.

All things considered, it is important to value the celebrated history of games, regardless of whether you are a recreational player with your own deck at home or an enthusiastic online Poker or Rummy player. Cards have served and are still serving as the best games played during the festivals and leisure hours in India. Because these games of cards are played for long hours and are intense, they need a lot of focus and patience to play.

Today, most people prefer to sharpen their analytical skills through playing cards online, instead of wasting their time playing violent and senseless games. The real money games are available at low, mid, and high stake levels online. You can download Poker App directly from the website to keep your favorite card game with you all the time. To play on your web browser, all you need to do is log on to the site using your username and password.

Along with the massive cash rewards, you can avail regular Poker bonus offers, loyalty benefits, rakebacks, and much more by playing the wonderful game of cards online! Join Now!